Sarah Sanders Responds to Mueller, Continues to Claim There Was ‘No Obstruction’ By Trump 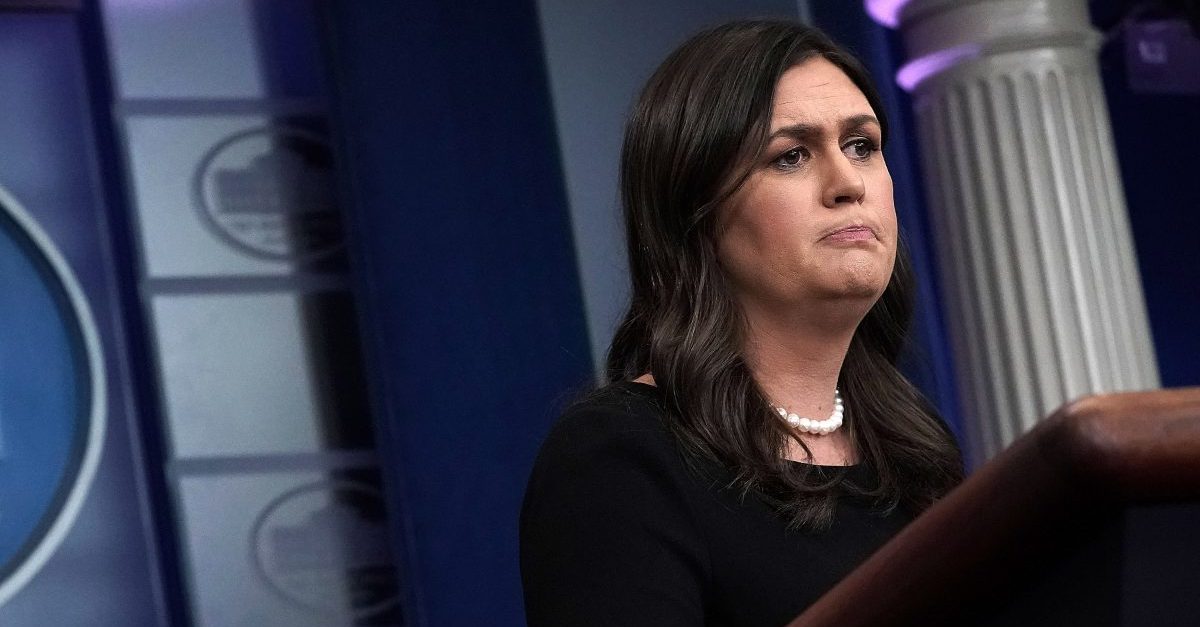 “The Special Counsel has completed the investigation, closed his office, and has closed the case. Mr. Mueller explicitly said that he has nothing to add beyond the report, and therefore, does not plan to testify before Congress,” Sanders wrote in a statement released about an hour after Mueller finished his resignation briefing.

“The report was clear — there was no collusion, no conspiracy — and the Department of Justice confirmed there was no obstruction. Special Counsel Mueller also stated that Attorney General Barr acted in good faith in his handling of the report,” she added. “After two years, the Special Counsel is moving on with his life, and everyone else should do the same.”

President Donald Trump also took to Twitter today to declare his innocence once again, arguing that because Mueller said there was “insufficient evidence to charge a broader conspiracy,” the report proved his “innocence” and the “case is closed.”

Nothing changes from the Mueller Report. There was insufficient evidence and therefore, in our Country, a person is innocent. The case is closed! Thank you.

During Mueller’s short presser, he briefly went over the report and explained that the Justice Department guidelines would not let him charge the president obstruction of justice.

“If we had confidence that the president clearly did not commit a crime, we would have said so,” Mueller said. “We did not, however, make a determination as to whether the president did commit a crime. The introduction to the volume two of our report explains that decision.”

“Charging the president with a crime was therefore not an option we could consider,” he continued. “The Constitution requires a process other than the criminal justice system to formally accuse a sitting president of wrongdoing.”