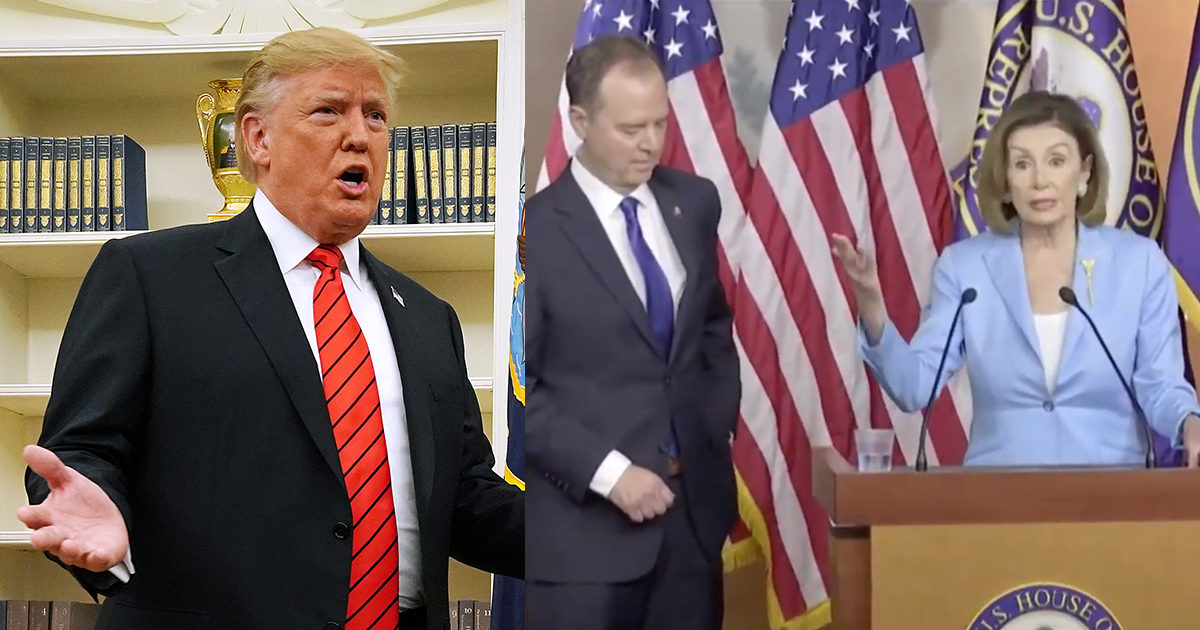 In their press event, the two leading House Democrats condemned Trump for attacking the whistleblower who filed the complaint on his dealings with Ukraine, and they also outlined their plans to continue the impeachment inquiry on the president. Trump took notice and reacted by doing that thing he does:

All of this impeachment nonsense, which is going nowhere, is driving the Stock Market, and your 401K’s, down. But that is exactly what the Democrats want to do. They are willing to hurt the Country, with only the 2020 Election in mind!

Nancy Pelosi just said that she is interested in lowering prescription drug prices & working on the desperately needed USMCA. She is incapable of working on either. It is just camouflage for trying to win an election through impeachment. The Do Nothing Democrats are stuck in mud!

Adam Schiff should only be so lucky to have the brains, honor and strength of Secretary of State Mike Pompeo. For a lowlife like Schiff, who completely fabricated my words and read them to Congress as though they were said by me, to demean a First in Class at West Point, is SAD!

And here’s the kicker:

The Do Nothing Democrats should be focused on building up our Country, not wasting everyone’s time and energy on BULLSHIT, which is what they have been doing ever since I got overwhelmingly elected in 2016, 223-306. Get a better candidate this time, you’ll need it!