Trump Admits to Rare Bout of Insecurity on Election Chances

Trump Admits to Rare Bout of Insecurity: Three Weeks Ago, I Wouldn’t Have Said ‘We Are Going to Win’ 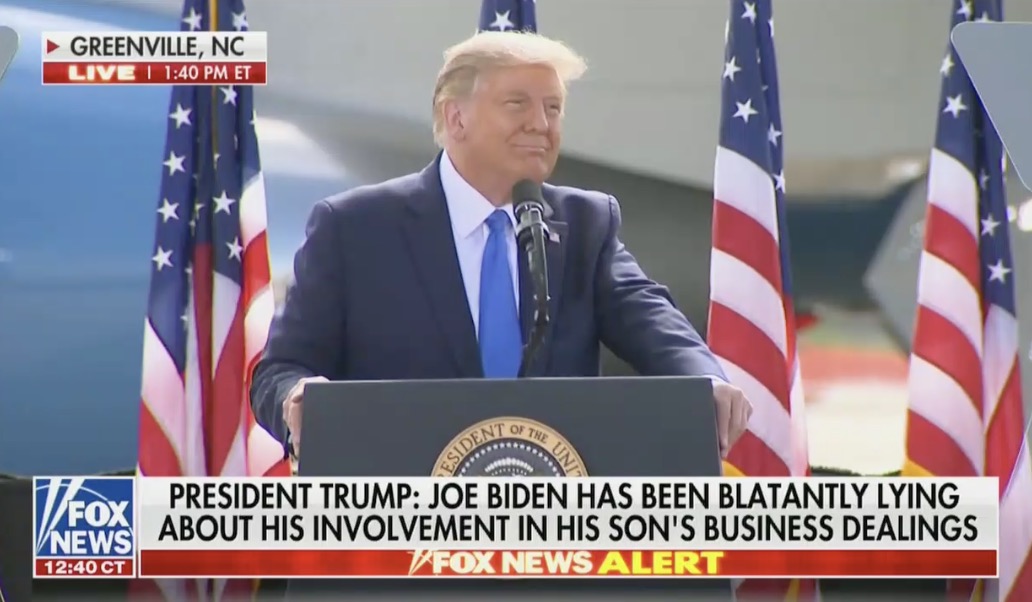 President Donald Trump admitted to having feelings of insecurity pertaining to whether he’ll get reelected.

Multiple reporters were dialed in on Monday as Trump used a campaign call to go on a full-scale tear against Dr. Anthony Fauci. The comments came after Fauci gave a 60 Minutes interview in which he frankly critiqued the White House’s recent Covid-19 super-spreader event, rejected his inclusion in a Trump campaign ad, and claimed that the White House has been limiting his media availability.

CNN’s Kaitlan Collins reports that after after Trump finished attacking health officials, he pivoted in order to project a sense of optimism now that the 2020 election is only 15 days away.

“This is the single best I have ever been in any campaign. Today is the best single day that I’ve felt on either campaign,” said Trump.

“We are going to win,” he said, adding, “I wouldn’t have said that three weeks ago.”

The president was hospitalized at Walter Reed in early October after he, his staff, and numerous Republican allies were diagnosed with Covid-19 after a non-socially distanced Rose Garden gathering. It’s possible Trump was referring to the political fallout from this development since he continues to scoff at public safety guidelines and scientific recommendations.

Collins continued her report by referencing numerous recent articles suggesting Trump’s allies are pessimistic and bogged down by infighting over their 2020 chances. In the meantime, Trump’s latest tweets continue to carry his public air of confidence:

….There has never been more enthusiasm or spirit, by everyone. Great fun, and so good for our Country. Already winning many states, but not reported. Biden put the LID on again – raising money with promises. They finally caught him, COLD, and he knows it. Laptop is devastating!