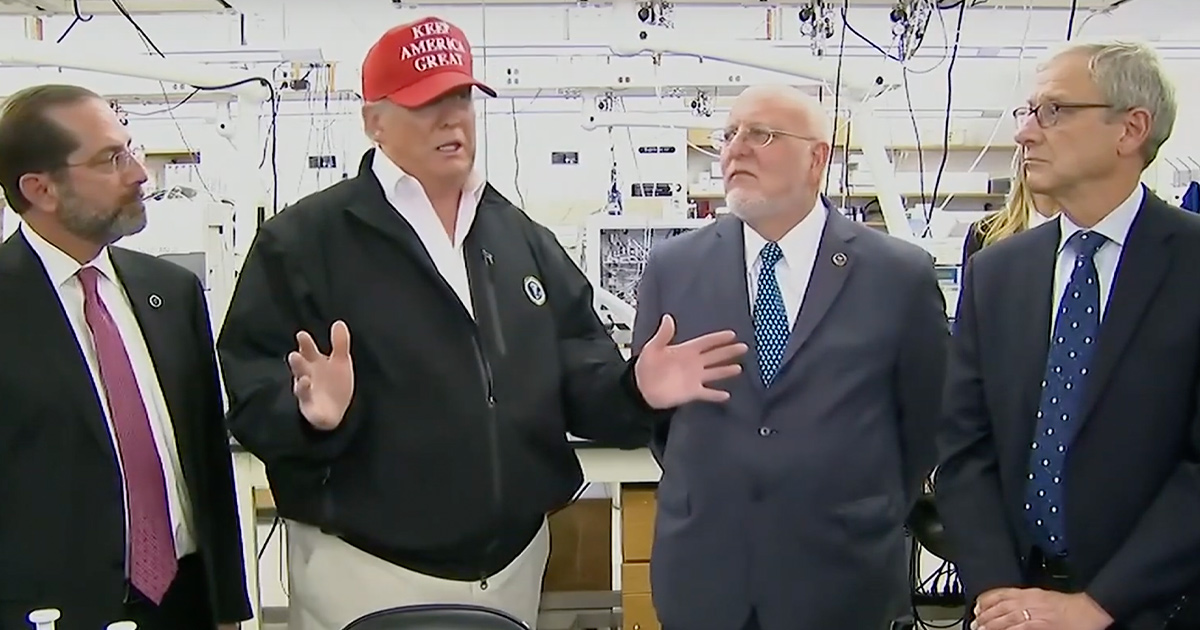 President Donald Trump reiterated a comment he made Tuesday during a White House press conference on Twitter Tuesday morning amidst numerous and critical reports of his administration’s response.

On Tuesday he made the specious claim that he always considered the coronavirus outbreak as a pandemic, despite the fact that he had said the direct opposite weeks earlier. Amid the surprise by many in the press of such a bold statement, Trump doubled down on Twitter saying that he has “always treated the Chinese Virus very seriously, and have done a very good job from the beginning.”

I always treated the Chinese Virus very seriously, and have done a very good job from the beginning, including my very early decision to close the “borders” from China – against the wishes of almost all. Many lives were saved. The Fake News new narrative is disgraceful & false!

You know who doesn’t need to tell people that they’ve done a good job? People that are confident in the job that they are doing.

The New York Times put together a simple list of what President Trump actually said about the coronavirus outbreak over the past two months:

On Feb. 26, at a White House news conference, commenting on the country’s first reported cases: “We’re going to be pretty soon at only five people. And we could be at just one or two people over the next short period of time. So we’ve had very good luck.”

On March 7, standing next to President Jair Bolsonaro of Brazil at Mar-a-Lago, his club in Palm Beach, Fla., when asked if he was concerned that the virus was spreading closer to Washington: “No, I’m not concerned at all. No, I’m not. No, we’ve done a great job.” (At least three members of the Brazilian delegation and one Trump donor at Mar-a-Lago that weekend later tested positive for the virus).

On March 16, in the White House briefing room, warning that the outbreak would “wash” away this summer: “So it could be right in that period of time where it, I say, wash — it washes through. Other people don’t like that term. But where it washes through.”

So, no. It does not appear that Trump “always treated the Chinese Virus very seriously.”