President Trump: I'm 'Sticking Up' For Joe Biden Amid Allegation 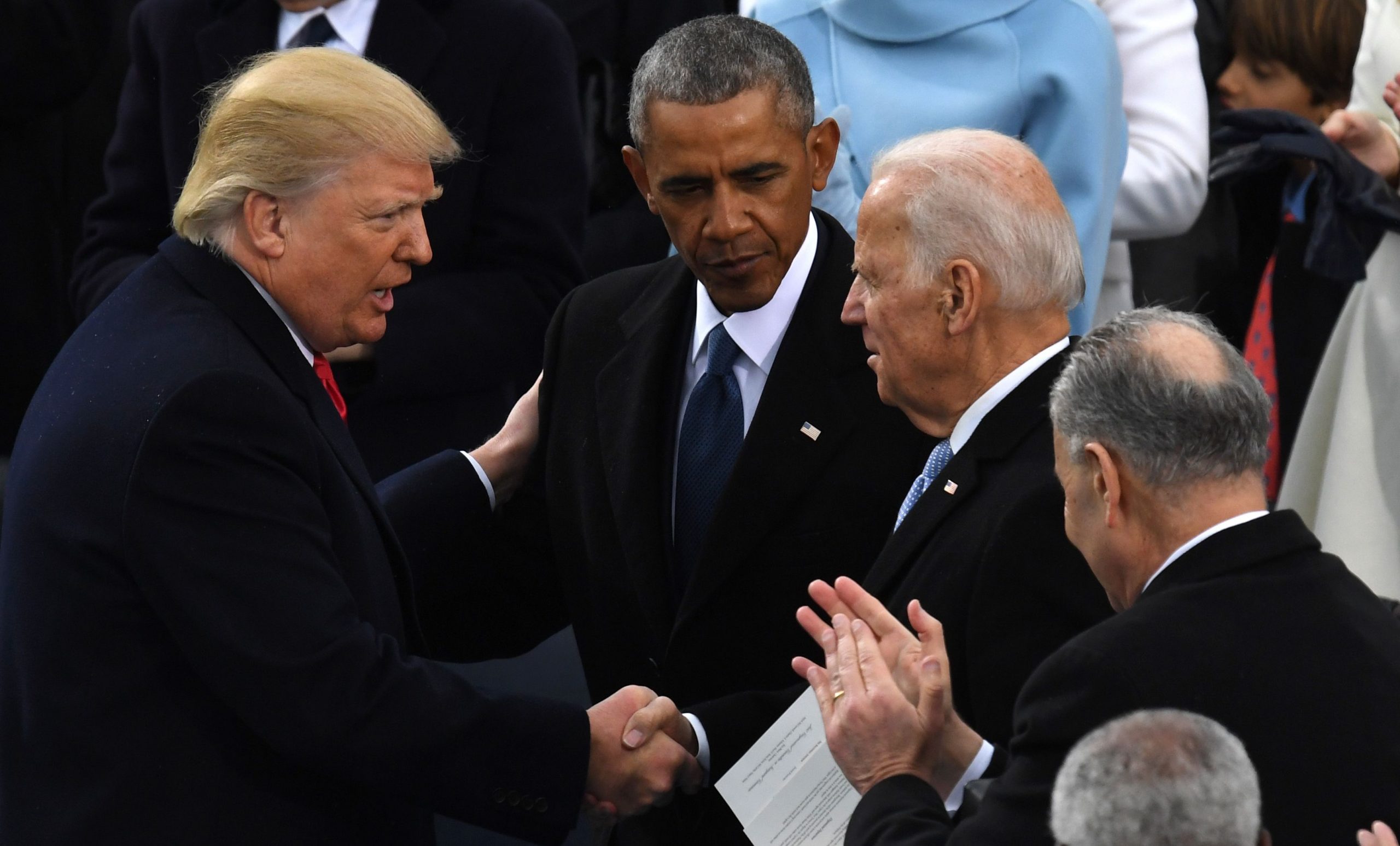 President Donald Trump advised presumptive 2020 Democratic presidential nominee and former Vice President Joe Biden on how to deal with Tara Reade’s sexual assault allegation against him in an interview Friday, commenting, “I guess you could say I’m sticking up for him.”

After being asked on Dan Bongino’s podcast about the sexual assault allegation against Biden, President Trump said, “Well with me, you know, you see what goes on with me. I don’t even know… I’m looking at pictures of people I never even saw… I mean this is ridiculous. Every day, another one emerges.”

“I watch Tara and she seems very credible, the mother was so credible, the mother was great… So I don’t know, you know it’s his problem, but I like to get in front of it and I just deny it if it’s not true. You deny it. I mean I’ve been a total victim of this nonsense, false accusations,” he continued. “The worst victim I’ve ever seen before was a very high-quality human being, Brett Kavanaugh.”

Trump said “there has never been” a “case so vicious as that,” and added, “He was totally guilty according to these very dishonest people — they’re Democrats in all cases — there’s never been anybody treated in the history of Congress as badly as Brett Kavanaugh, and he’s an innocent man.”

“I look forward to the day someday they have to sue these women because every one of them was lying. They were lying,” the president declared. “And I guess three of them have admitted it, the only one that hasn’t yet is Blasey Ford, but you look at her testimony and it’s a disgrace. What they put that man through and his family — his wife is an incredible woman, his daughters — for him to have to go through what he went through is a disgrace. And you know, look, I look at the double standards. You look at Biden, nobody even wants to bring up the subject.”

Calling Biden “a confused man,” Trump encouraged the former vice president to “say they’re false allegations, false accusations,” if the allegations aren’t true, and then “get on with it.”

Moving back on to the #MeToo movement, Trump claimed “as soon as you’re famous you get accused,” and “if you are accused by a woman you are 100 percent guilty,” and “you are to resign immediately from the presidency of a major corporation.”

“So you know in a way I guess you could say I’m sticking up for him,” President Trump concluded on Biden. “But the mother was very compelling certainly, and the girlfriend or the friends were very compelling, and certainly far more compelling than anything they had with respect to Brett Kavanaugh.”