Trump Slams Dem Candidates Over Health Care for Undocumented Immigrants: ‘That’s the End’ of the Race 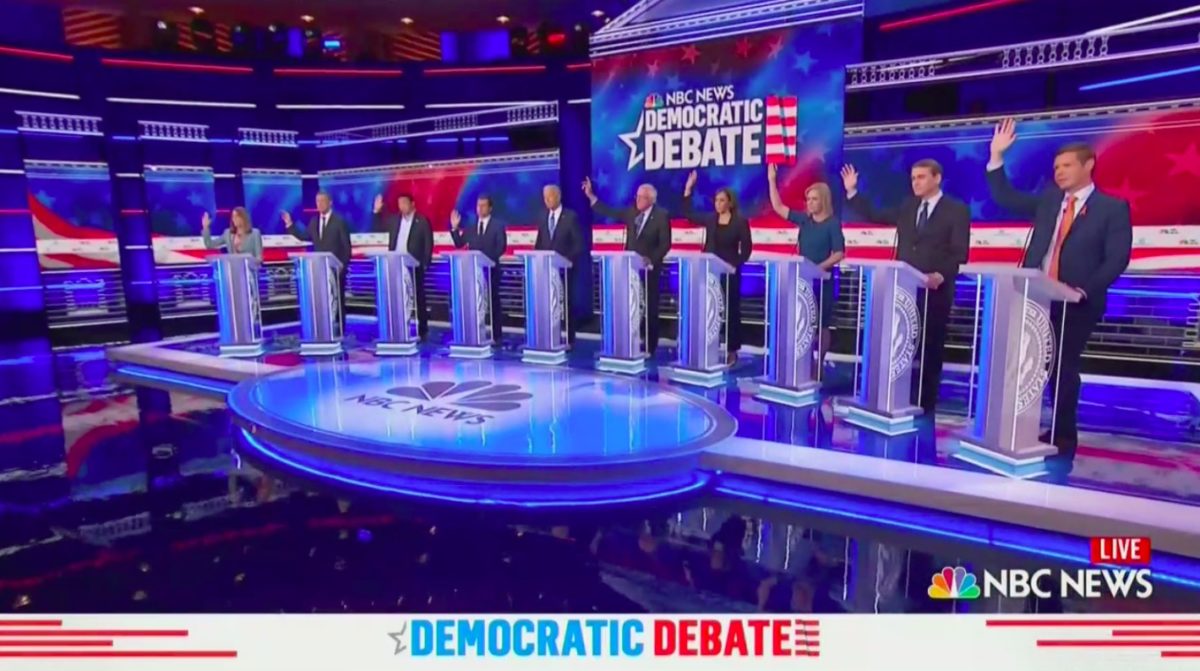 President Donald Trump fired off his first tweet of the second round of NBC’s Democratic primary debates in Miami, Florida Thursday night, as he condemned the candidates for agreeing on the U.S. providing health care to undocumented immigrants.

“All Democrats just raised their hands for giving millions of illegal aliens unlimited healthcare. How about taking care of American Citizens first!?” the president wrote on Twitter in the middle of the debate. “That’s the end of that race!”

All Democrats just raised their hands for giving millions of illegal aliens unlimited healthcare. How about taking care of American Citizens first!? That’s the end of that race!

When asked by moderators if they supported covering migrants  — even those without legal status — under their proposed health care plans, all the candidates raised their hand in agreement. Southbend, Indiana Mayor Pete Buttigieg explained his support for providing undocumented migrants health care,

“Our country is healthier when everybody is healthier,” Buttigieg said, adding that “there are undocumented immigrants in my community, who pay ales taxes. They pay property taxes directly or indirectly. This is not about a handout.”

At the G20 summit in Osaka, Japan, Trump suggested the Democratic debates are boring.

“Perhaps you saw it, it wasn’t very exciting, I can tell you that,” the president said while with Chancellor of Germany Angela Merkel at the G20.

At the start of his G20 meeting with Chancellor Merkel of Germany, Pres Trump couldn’t resist taking a swipe at the #DemDebate back home. “Perhaps you saw it, it wasn’t very exciting, I can tell you that,” he said of the first installment last night. pic.twitter.com/XB2LYbwKAA