Trump Greeted by Boos, 'Lock Him Up' Chants at World Series

WATCH: Trump Greeted by Boos, Chants of ‘Lock Him Up’ at World Series Game 5 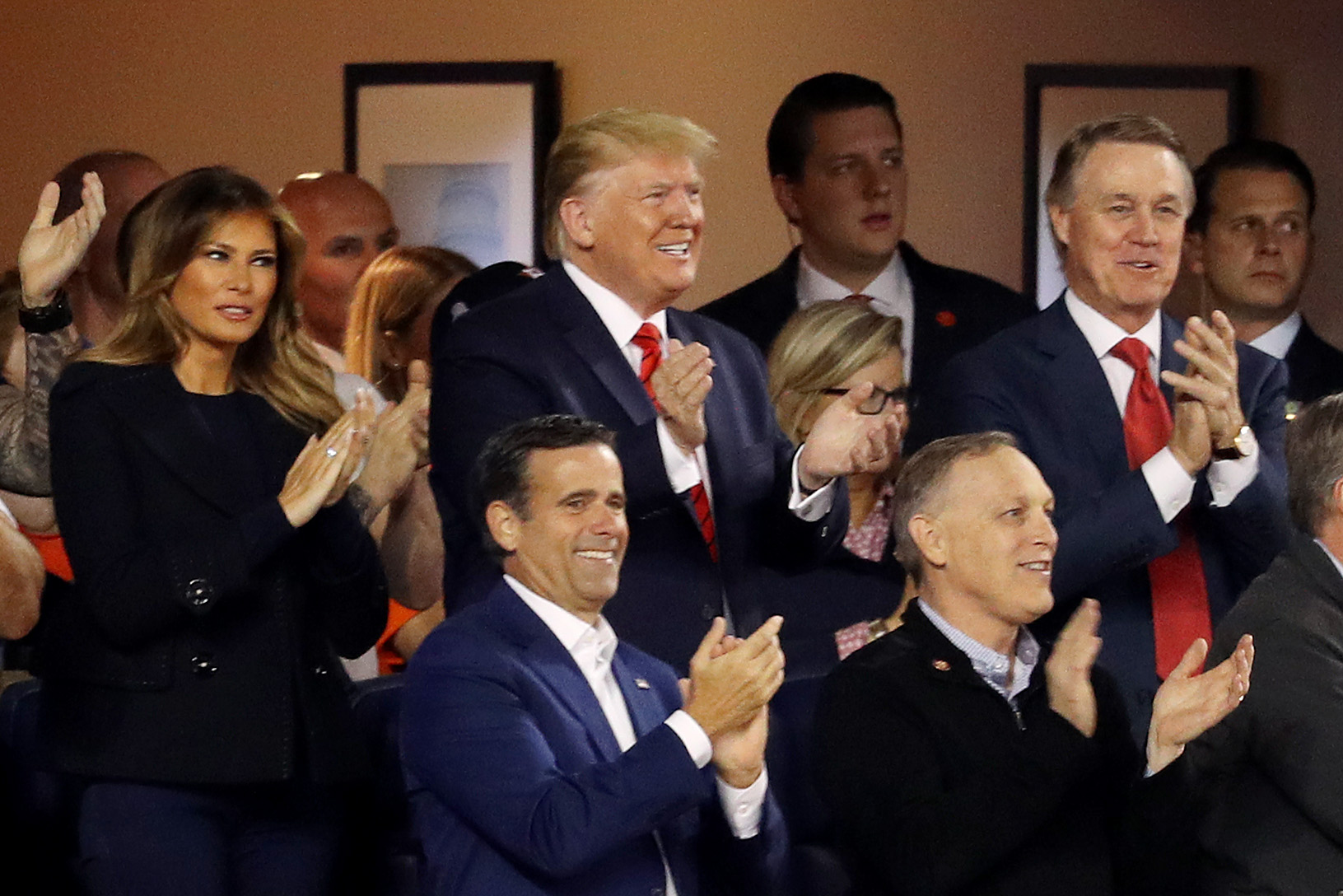 Videos from Game 5 of the World Series showed the crowd booing and jeering President Donald Trump, who was in attendance and was shown on National Park’s jumbotron.

Trump, who showed up after the first inning began, was shown on screen during a salute to veterans, which was met with applause. Near immediately after the screen shifted to show Trump and the group of Republican lawmakers he was attending the game with, the crowd started to boo loudly.

TRUMP BOOED: President @realDonaldTrump was greeted with boos when he was introduced at Game 5 of the #WorldSeries on Sunday. MORE: https://t.co/lxezGQFLmI

Cheers for the service members during the nightly military members salute, then boos as Donald Trump is shown on the scoreboard, then back to cheers as they cut back to the military members.

Reaction at Nats Park as President @realDonaldTrump is introduced pic.twitter.com/kO6EydX4lo

Trump appeared to receive some applause, some boos when announced during Salute to Trips, then troops received applause followed by intense boos when they showed POTUS on screen. Some in the crowd chanted “lock him up” after https://t.co/3LouM61ld7 pic.twitter.com/h9X6mToPvu

The boos were also interspersed with chants of “lock him up.”

Full on “LOCK HIM UP! LOCK HIM UP!” chants heard throughout the crowd at Nats Park after President Trump was announced and shown on screen here #WorldSeries pic.twitter.com/1ktVXkHYFy

President Trump was booed loudly by the fans at Nats Park when he was shown on the big screen.
Then came a loud chant: “Lock him up.” @wusa9 pic.twitter.com/LBbgSAHd6k

Trump had not attended a major league baseball game since he took office and also did not throw out a ceremonial pitch at the game – celebrity chef José Andrés did.