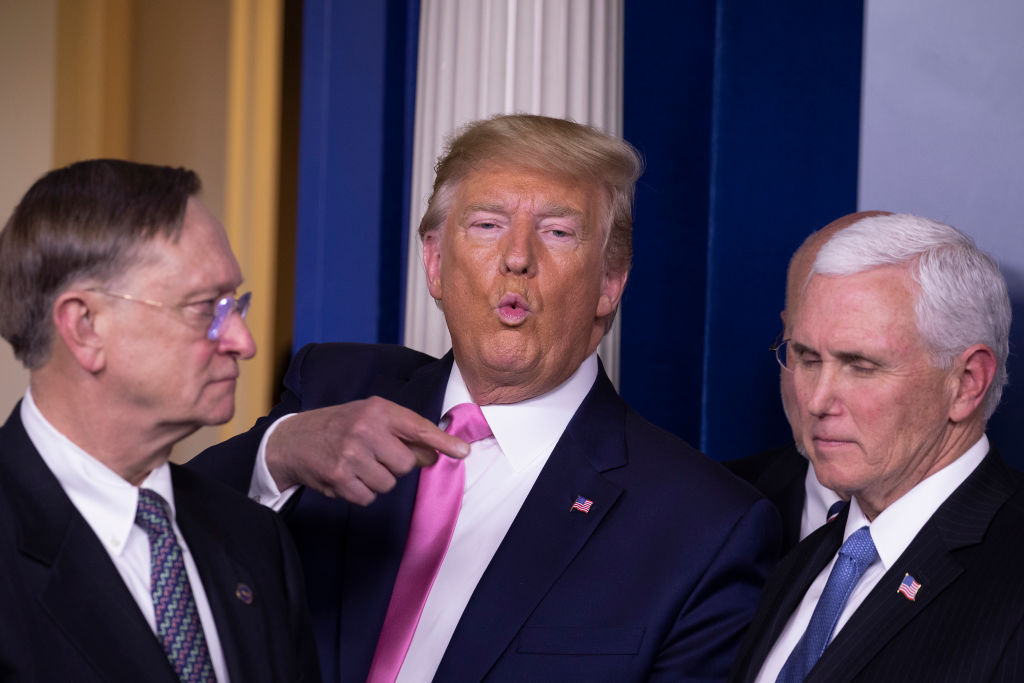 The politicization of the coronavirus continues to spread faster than the potential pandemic itself.

President Donald Trump called out “Do Nothing Democrats” for ostensibly saying that the new virus is “the fault of ‘Trump'” while at the same time taking credit for how slow it has spread in the United States. Weird flex, but okay.

In a very early Friday morning tweet that referred to himself in the third person twice, Trump took a curious victory lap for an outbreak that is still growing and has led to the worst week in the stock market since 2008. Trump tweeted:

So, the Coronavirus, which started in China and spread to various countries throughout the world, but very slowly in the U.S. because President Trump closed our border, and ended flights, VERY EARLY, is now being blamed, by the Do Nothing Democrats, to be the fault of “Trump”.

The Trump administration has received its own partisan criticism for its handling of the coronavirus spread, in particular, some mixed messaging that came from a Wednesday evening press conference in which President Trump named Vice President Mike Pence to oversee efforts to curtail the spread in the United States that the CDC has suggested being inevitable.