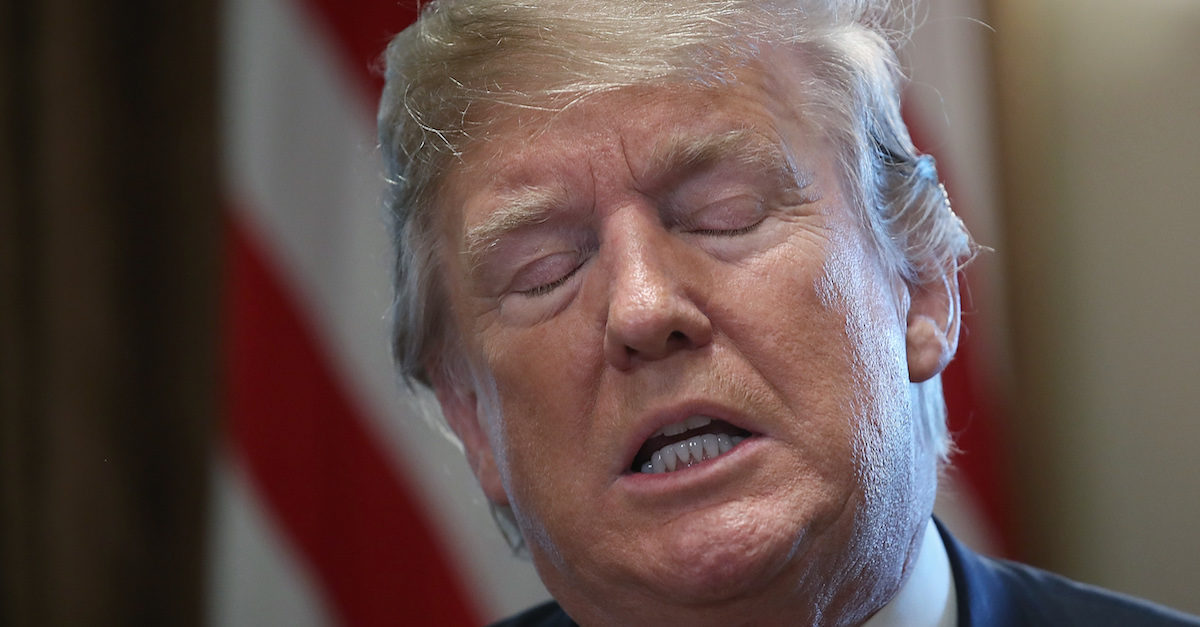 The White House reportedly blocked the written testimony of a State Department intelligence analyst on climate change because it did not “jibe” with the White House’s thinking on the matter.

The New York Times reported on the White House’s decision to stop Rod Schoonover from filing his written testimony with the House Intelligence Committee because his science did not match the Trump administration’s views.

According to the Times:

The State Department’s Bureau of Intelligence and Research declined to make changes to the proposed testimony and the analyst, Rod Schoonover, an adjunct professor at Georgetown University, was ultimately allowed to speak before the House Permanent Select Committee on Intelligence on Wednesday.

But in a highly unusual move, the White House refused to approve Dr. Schoonover’s written testimony for entry into the permanent Congressional Record. The reasoning, according to a June 4 email seen by The New York Times, was that the science did not match the Trump administration’s views.

In the email obtained by the Times, Daniel Greenwood, deputy assistant to the president in the White House office of legislative affairs wrote that the testimony “still has serious concerns with internal components and focuses heavily on the science.

Greenwood continued on: “Because it doesn’t reflect the coordinated IC position, or the administration’s position, there is no way this can be cleared ahead of the hearing.”

The Washington Post, which first reported on the White House’s efforts to squash the testimony, further reported that Schoonover would be allowed to appear before the House Permanent Select Committee on Intelligence but “could not submit his office’s statement for the record because it did not, in the words of one official, ‘jibe’ with what the administration is seeking to do on climate change.”

The White House did not respond to the New York Times’ request for comment on the matter but Norman Ornstein, a resident scholar at the American Enterprise did.

Ornstein said he never heard of preventing climate science testimony from being entered into the Congressional record but the decision was significant.

“I have never heard of basic facts being deleted from or blocked from testimony,” he said, adding that “the written testimony is a more formal expression of a department.”

Francesco Femia, chief executive of the Council on Strategic Risks also told WaPo it was a failure of the White House.

“This is an intentional failure of the White House to perform a core duty: inform the American public of the threats we face. It’s dangerous and unacceptable,” she told WaPo via an email. “Any attempt to suppress information on the security risks of climate change threatens to leave the American public vulnerable and unsafe.”

The report, as reviewed by WaPo, discussed how rising greenhouse gases contribute to the acidification of the ocean and rising temperatures worldwide.