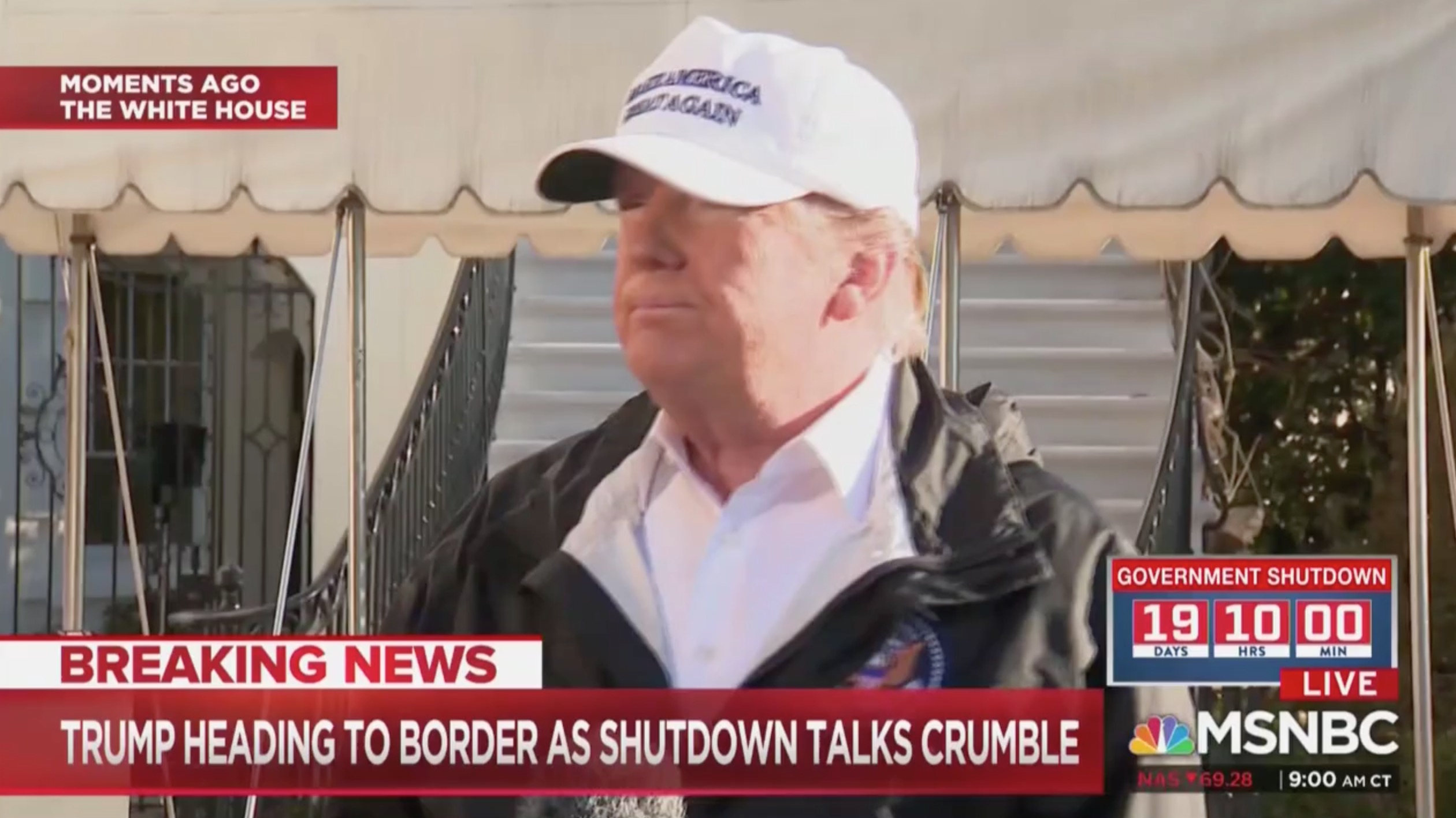 President Donald Trump held a whirlwind presser on the White House lawn Thursday morning, as he embarked on a visit to the southern border amidst the ongoing government shutdown.

The president regularly makes news with his answers to reporters, but this session was particularly wild. He addressed the government shutdown, his demand for a border wall, Jeff Bezos’s divorce and China being more honorable than Democrats.

Here are the craziest quotes.

1. I “never said” Mexico would pay for the wall directly

That was such a common refrain from Trump’s rallies that it’s become a running joke. But at his Thursday morning presser, Trump said he didn’t really mean it.

This contradicts a statement from Trump’s own campaign, which declared in 2016 that Mexico would fund the wall with a one-time payment of $5-10 billion.

Who’s going to pay for the wall? American taxpayers!

2. Trump on declaring a national emergency: “Probably I will do it, I would almost say definitely”

Many, from Democrats to even Trump’s supporters on Capitol Hill, have warned the president against declaring a national emergency to push through his border wall without congressional approval.

When asked about that on Thursday, Trump replied: “I have the absolute right to declare a national emergency. I haven’t done it yet. I may do it. If this doesn’t work out, probably I will do it, I would almost say definitely.”

The president stormed out of a White House meeting with Democratic leaders on Wednesday after Nancy Pelosi said she would not be giving him his wall. Following the meeting, Chuck Schumer said Trump had a “temper tantrum” and slammed his hand on a table before leaving the room.

Trump has disputed that, calling Schumer a “liar” for his characterization. In a remark that sounds outlandish given reporting on Trump’s regular outbursts, Trump told reporters on Thursday: “I don’t have temper tantrums, I really don’t.”

Trump declared that China — a country the U.S. has accused of espionage, hacking, stealing U.S. technological secrets, human rights abuses, and unfair trade practices — is “more honorable” than the leaders of the Democratic Party.

As Trump finds himself at an impasse with Pelosi and Schumer over his demand for a border wall, the president spoke fondly of his trade negotiations with China: “I find China, frankly in many ways, to be far more honorable than cryin’ Chuck and Nancy. I really do. I think that China is actually much easier to deal with than the opposition party.”

5. Trump: “Compromise is in my vocabulary”

No explanation needed here, just an A+ quote.

6. Trump on Jeff Bezos’s divorce: “I wish him luck. It’s gonna be a beauty”

According to TMZ, billionaire Amazon founder Jeff Bezos did not have a prenup with MacKenzie, his wife of 26 years. That means that in their divorce his $137 billion fortune could be split right down the middle.

Trump, himself familiar with the process of divorce (he boasts two of his own), wished Bezos luck in his quest.

7. Trump: “I’m a professional at technology”

Trump, while waxing poetic about the border wall — now proposed as a steel slat wall rather than a concrete monolith — declared that he is a “professional at technology.” Make of that what you will.

8. Trump: “The buck stops with everybody”

In the halcyon days of December, Trump repeatedly said he would take the blame for a shutdown. At Thursday’s presser, he was asked by a reporter if the “buck stops” with him, the commander in chief, regarding this shutdown.

“The buck stops with everybody,” Trump replied.