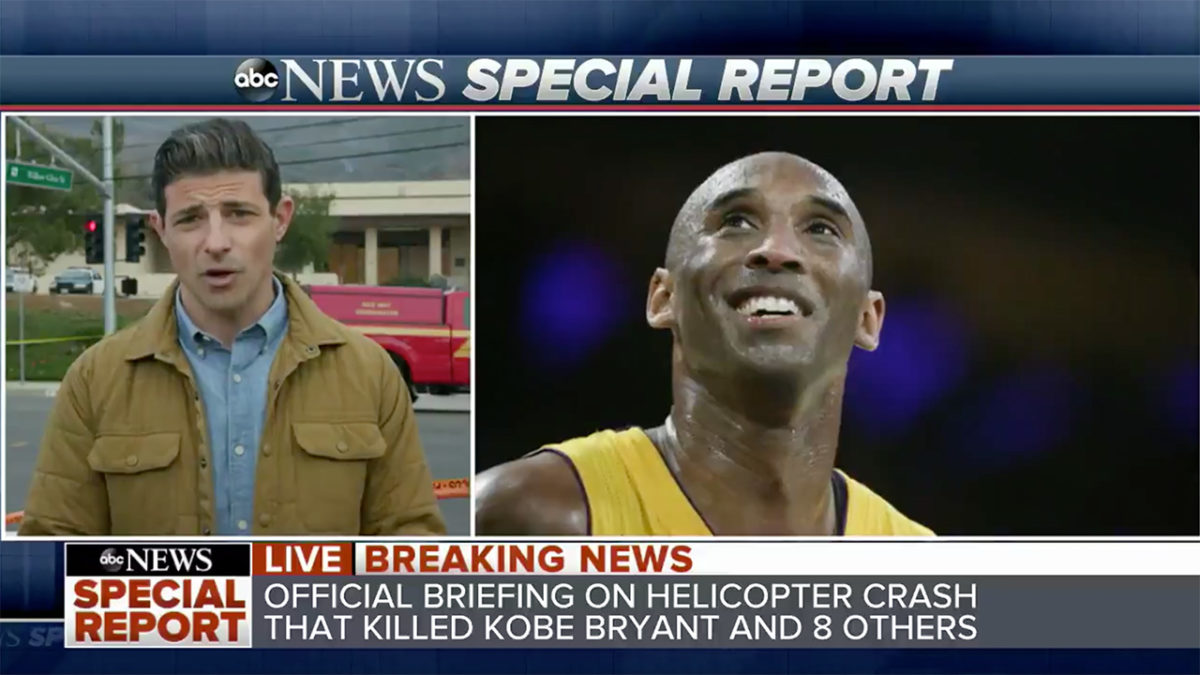 Kobe Bryant and his daughter Gianna were killed in the horrific helicopter crash this past weekend. As reports were still coming in on Sunday and information was still unclear, there was one unconfirmed report in particular that got attention, when ABC News chief national correspondent Matt Gutman said it was believed that all four of Bryant’s daughters were on the helicopter.

That turned out to be incorrect and Gutman subsequently apologized on air and on social media, saying, “I apologize to Kobe’s family, friends and our viewers.”

Today the LA Times is reporting that Gutman is being suspended:

“Reporting the facts accurately is the cornerstone of our journalism,” an ABC News representative said in a statement to the Times that confirmed the suspension. “As he acknowledged on Sunday, Matt Gutman’s initial reporting was not accurate and failed to meet our editorial standards.”

Gutman said in a statement to the Times, “We are in the business of holding people accountable. And I hold myself accountable for a terrible mistake, which I deeply regret. I want to personally apologize to the Bryant family for this wrenching loss and any additional anguish my report caused.”