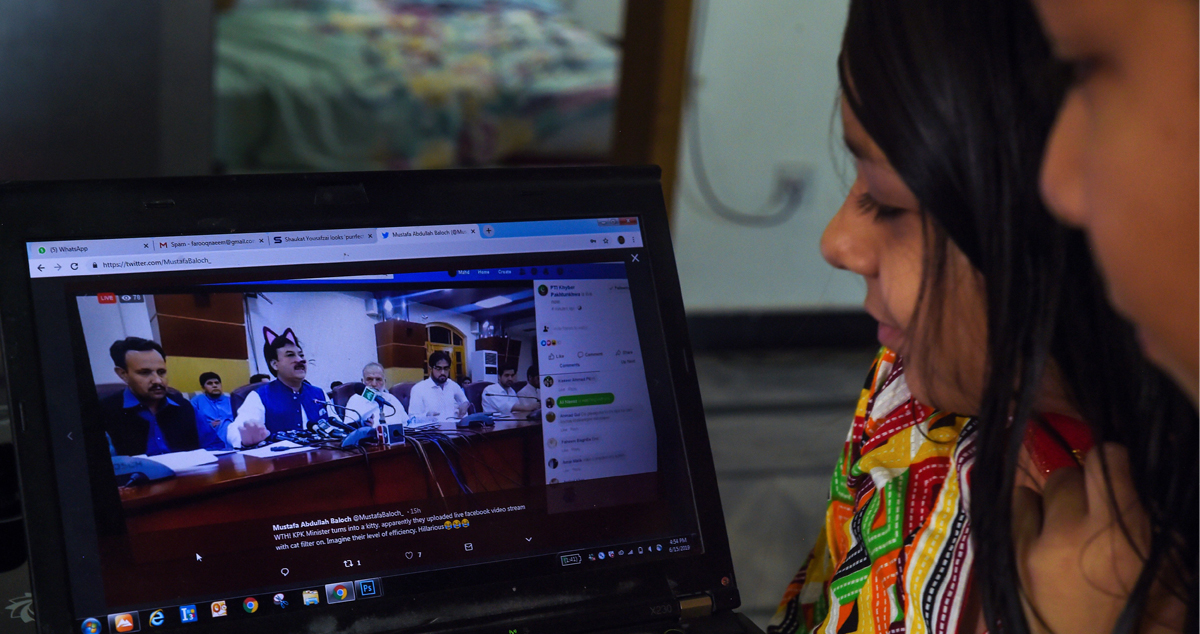 Shaukat Yousafzai is a regional minister in Pakistan, but that’s not what he’s known for. Not anymore. He’s now the guy who had his press event streamed live on official channels with kitty cat ears and whiskers over his face, thanks to a filter that was accidentally left running.

His party, Pakistan Tehreek-e-Insaf (PTI), which is also the Prime Minister’s party and the ruling one in the nation, ran the cat filter video live on their social media, including Facebook, and deleted it about three minutes after it ended and they realized what happened. In a statement, they blamed “human error” for the hilarious incident.

The Kitty Conference was captured mostly in the form of still images and screenshots that were shared on social media after the fact, along with some raw screen recordings.

So this happened today when PTI's SM team forgot to turn off the cat filter while live streaming a press conference on Facebook. @SAYousafzaiPTI looks kinda cute pic.twitter.com/IjjJrua7DL

There were screen recordings, but none with sound.

As you can see from some of the photos, Yousafzai wasn’t the only official that got the kitty cat treatment.

Some screenshots captured people reacting live to the stream, and they are awesome.

According to KP government’s social media team we now have a cat in the cabinet #Filter pic.twitter.com/LNl7zwOfLU

The reactions on Twitter have continued since it happened, starting within Pakistan but going global eventually.

Even more amazingly, Saturday Night Live sort of predicted this very thing just a month or so ago, in an hilarious sketch about a reporter in a war zone accidentally using Snapchat filters.