Beck Lays Out Plan To ‘Fundamentally Transform Media,’ But Will ‘Gladly Go Away’ If Somebody Else Steps Up
VIDEO

Beck Lays Out Plan To ‘Fundamentally Transform Media,’ But Will ‘Gladly Go Away’ If Somebody Else Steps Up 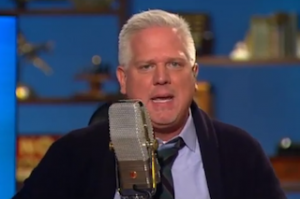 Glenn Beck still hasn’t revealed his whistleblower bombshell that will “take down” the country’s “whole power structure.” But on his radio show Monday, he did lay out his plan to “fundamentally transform the media” and at the same time opened the door for anyone who wants to pick up the mantle from him to come in and take over.

Taking on both his critics and those who want him to be doing more, Beck declared that he’s “trying to fundamentally transform the media by putting on an internet network, that is going back onto cable.” He claimed that he created his own channel, instead of say, keeping his show on Fox News, so that he wouldn’t have anyone “screwing” with his message, including pressure from “any of these GOP people.” He also teased a “broadcast network for radio” that “you don’t even know about.”

The point Beck appeared to be making, after he listed more projects he has in the works, is that he’s a very busy man. “On top of that, I’m also paying the ultimate price with my family,” he said, though he declined to elaborate on that. Beck rejected the notion that he is in any way motivated by money, saying he wouldn’t need to work at all if he didn’t want to. Rather than making money from his projects, Beck said he’s “hemorrhaging money” and that he’s “spent all of the money that he’s put away.”

Beck concluded that if he sees “somebody else step up to the plate, I will so gladly go away.” He told this potential replacement, “you can have my effin’ company, I don’t care! Show up!” He said he’s tired of people telling him to be “positive,” because “we’re on the Titanic, not all of us are going to make it and unless you have some urgency, we’re all going to die.”