Bill Maher Ignorantly Rants Against The Cuban Embargo, Adding Himself To The List Of Useful Idiots
video

Bill Maher Ignorantly Rants Against The Cuban Embargo, Adding Himself To The List Of Useful Idiots 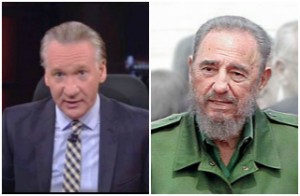 On Friday night’s Real Time With Bill Maher, Bill Maher and guests noted the controversy over Jay-Z and Beyonce’s recent trip to Cuba, prompting a discussion about the U.S. embargo towards the island. Maher, as he has done previously, criticized the policy, calling it, aside from the drug war, “the stupidest policy we have.”

Curiously, but not surprisingly, out of the Maher’s four guests, not a single Cuban exile or Cuban-American was among them to discuss the issue. That would actually present a credible point of view on the subject, something Maher apparently will not suffer.

Instead, we were subjected to a ‘not-exactly-expert’ panel’s opinion, including Bob Costas, a sports broadcaster, noting: “The more Cubans are exposed to Americans and their lifestyle and their point of view… eventually this is gonna collapse of its own weight.”

Ah, the tired, naïve ‘exposure’ argument that, if only Americans could freely travel to Cuba in droves, Cubans would see how marvelous and wonderful we are, overthrow their overlords, and democracy would flourish. Costas fails to ponder, however, why it is the constant tourism from Canada and other Western, democratic nations has failed to have this effect. Moreover, Cubans already have a massive amount of exposure to Americans (Cuban-Americans travel frequently to visit immediate family members). They’re well aware of how great America is – it’s precisely why some brave Cubans (risking execution if caught) escape, even swimming in shark-infested waters to reach our shores. (Sidenote: Why does the fact that Cuba is essentially one large island-prison, one of the few nations which physically restricts its citizens from traveling abroad, much less from permanently emigrating, always omitted from any conversation?)

At its very essence, the anti-embargo argument boils down to a common error: “Because of A ‘failing’ to have its intended effect (A = embargo) and B existing (B = a totalitarian, human-rights-abusing regime), that must mean B is caused or propped up by A (FALSE) and if we eliminate A, then B would disappear (also FALSE).

Sigh. Logic is not the Left’s strong suit.

Good-time lovin’ Maher then added: “It would be Saint Barths today if we had traded with them and allowed air into the system!” Well, Bill, it used to be Saint Barths (far better actually) and you can thank the Castros — the very same who remain in power and whose coffers you’d fill by visiting — for depriving you of that.

Maher also employed the second-most popular sneer used by embargo-opponents: ‘But we trade with other evil regimes!,’ citing our trade with Saudi Arabia. Yes, Bill, we do business with Saudi Arabia … and with China, too! That’s because we need them, whether for goods or oil without which the American economy — and the American consumer — would face a crisis. We do not, in contrast, need Cuba nor any of its exports or assistance, so why not continue this embargo which, even if ‘failing,’ at the very least takes a moral stand for freedom and human rights? Second, I don’t recall the Saudis or the Chinese stealing billions of U.S.-owned property, as Cuba did.

Mention China, and you’ll soon here another embargo-opponent or simpleton (I know, I repeat myself) argument: “Look how capitalism is crushing Communism in China! It would have the same effect in Cuba!” I would advise proponents of this particular argument to back away slowly so as to preserve any future pretense of being somewhat well-read. Here’s why: even the most cursory overview of Chinese policy denotes a strong contrast with Cuba: unlike the Cuban regime, the Chinese government tolerates and even encourages a booming, entrepreneurial domestic market. That is why China has been able to thrive, while Cuba has not. An American embargo has nothing to do with Cuba’s economic failures — the regime’s own Soviet-style policies have destroyed its economy and even decades of trading with a myriad of nations has not solved its problems.

Maher then really scraped the bottom of the barrel, with the obligatory caveat that is quickly — albeit only very quickly — thrown in by embargo-opponents: “Is Castro a great guy? No, of course not.” Notice, however, it’s always the most bare-minimum of caveats: ‘not a great guy.’ What a ‘resounding’ condemnation! On the contrary, it’s the understatement of the decade. When discussing South African apartheid, do we ever say: “Now was that regime great? No, of course not.” Much harsher words are used, rightly so. So why is it embargo-opponents seem almost reluctant to strongly, clearly blast the regime? They instead simply say Castro ‘isn’t a great guy’ and, often, even couple it with a ‘but he’s done great things!’, at which point they rattle off some nonsense about Cuban healthcare or literacy rates.

The discussion continued, with Saru Jayaraman, co-founder and co-director of Restaurant Opportunities Center United (this was a Cuban-policy expert panel, clearly), chiming in: “Why is [Jay-Z and Beyonce’s trip] even news? I mean one-in-three Americas work in poverty right now… but thank God we can focus on Jay-Z and Beyonce going to Cuba – they’re the ones really in need in America.”

Huh? Although Maher’s zombie audience cheered at Jayaraman’s remarks (“Dude, that sounded like it’s against the embargo, right? So we should clap here, right?”), even Maher laughed and chided: “No no, that’s not the issue.”

Moving on, Maher then noted that the whole reason for the embargo “is because of Florida, because it has 29 electoral votes and it’s a swing state,” blaming the “old Cubans in Florida.” Ah, Bill – there you go again in fult meltdown about the power of ‘the evil lobbies,’ just as you did with your recent disgusting gripe that the ‘Israelis are controlling our government.’ Bill, may I present to you uber-hip Hollywood director, Phil Lord. The 35-year-old, Los Angeles-based director of the box-office smash 21 Jump Street remake, and Tinseltown’s hottest new commodity, penned an open letter blasting Jay-Z’s trip. While not detailing a specific position on the embargo, Lord noted the “Cuban tourism industry is run by the Cuban military, so when he [Jay-Z] spends money at an officially sanctioned hotel, or restaurant, he is directly funding the oppressors of the Cuban people.” [Lord’s letter, published Friday on Huffington Post, is found here.]

Here’s a photo of Lord – what’s that you say about the “old” Cubans in Florida, Bill? He’s right in Los Angeles – why not invite him on your show! 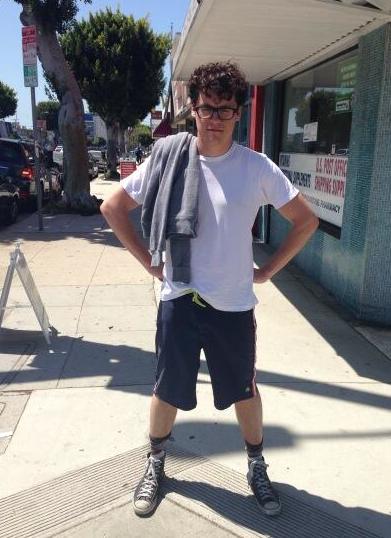 Few stop to realize that it’s the Cuban-Americans who are most anxious to see the embargo someday lifted and to visit their native land — but only once the Cuban regime changes and institutes respect for its people’s human rights. In other words, it is precisely concern for the Cuban people that drives the embargo. Abandoning them for the sake of a sexy vacation spot seems particularly callous and selfish… though one wonders if Bill wouldn’t mind: after all, one can just ignore the dissident being cracked on his skull with a police baton, simply for demanding the right to read Dr. Martin Luther King‘s works, and focus on the nightlife, girls, and cigars instead.

But let’s not get bogged down in silly logic and facts to refuse Maher’s points. While Maher and his crew seem to arrogantly speak on behalf of the Cuban people, let’s instead defer to Dr. Oscar Elias Biscet, Cuba’s leading democracy and human rights activist. Does he think the embargo should be lifted? Nope. National Review’s Jay Nordlinger interviewed Dr. Biscet on the matter:

It is natural to ask Biscet what he thinks of a contentious issue in the United States: the longstanding sanctions on the Cuban regime, known collectively as “the embargo.” He says, “The embargo has helped the Cuban people both politically and morally.” He wishes that all “free and civilized countries would boycott Cuba, the way they did racist South Africa.” The world made South Africa a pariah state. The American embargo should be lifted, says Biscet, “when the embargo against the Cuban people’s human rights,” imposed by the dictatorship, “is lifted.” He believes that [countries in Europe, Latin America, and North America, such as Canada] have given the dictatorship “life” and “oxygen” for the past 20 years — in other words, since the collapse of the Soviet Union. 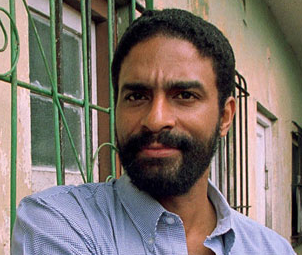 What hogwash, though! Who needs the words of Dr. Biscet, who has lived in Cuba his whole life and served 25 years in prison for his activism, when we have Bill Maher & Company, the ‘expert panel of the uninformed,’ weighing in? After all, idiots may be idiots but, as Lenin reportedly remarked, they are (especially when pontificating on Cuba) certainly useful. The Cuban propaganda machine is counting on you. Carry on, good soldiers.