Brace Yourselves: Rep. Steve King is Teaming Up With Fox Nation Personalities to Introduce ‘Diamond and Silk Act’ 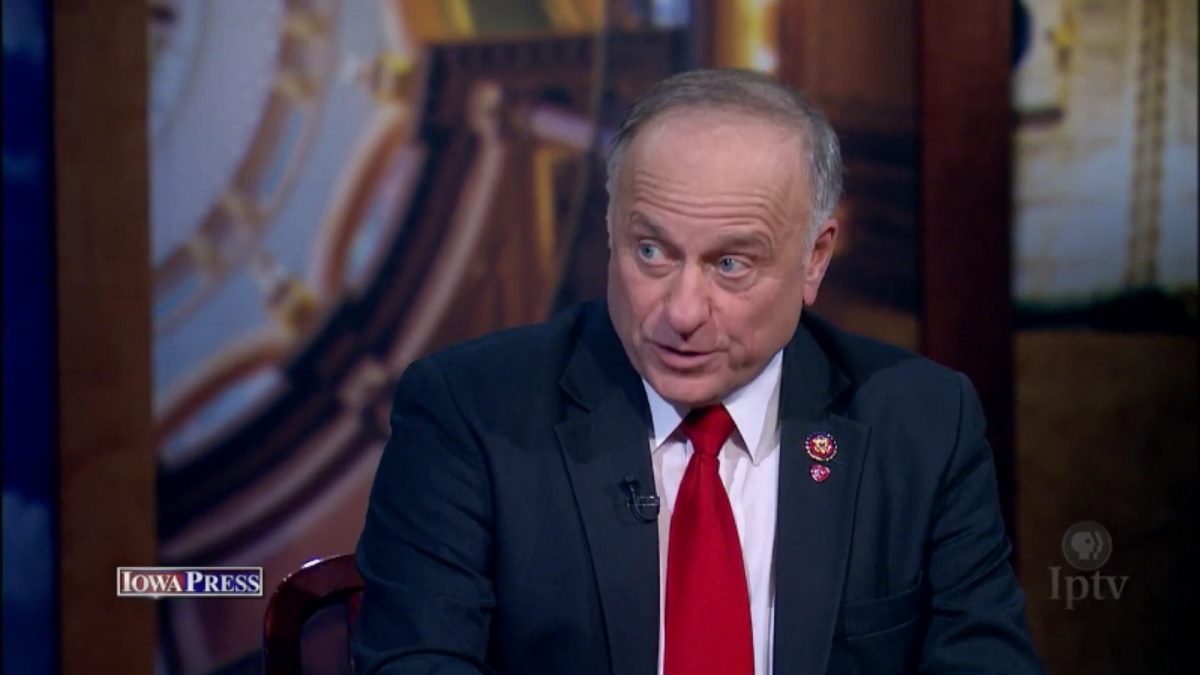 Well, this is something of a head-scratcher.

The office of Rep. Steve King just released a media advisory that the controversial Republican congressman from Iowa will be introducing something called the “Diamond and Silk Act,” named, of course, for the pair of extremely pro-Trump commentators regularly seen on Fox News opinion shows as well as Fox Nation.

Y0u may recall King from news earlier this year in which he was stripped of all House committee seats after the Iowa congressman asked why the term “white supremacist” was considered offensive in an interview. King survived calls for his resignation from those comments from everywhere from the Des Moines Register editorial board, to Utah Senator Mitt Romney, and many precincts in between.

What, pray tell, is the “Diamond and Silk Act”? According to the press release embedded below, it is legislation designed to redirect federal funds from sanctuary cities and sanctuary states to programs aiding homeless Americans an American veterans. The media advisory announces a joint press conference for the afternoon of Wednesday, June 12th where Rep. King will be joined by Diamond and Silk to explain the legislation.

The media advisory reveals that this bill is a result of a “discussion on immigration policy King held” with the frequent Fox News guests earlier this year. Diamond and Silk are the “stage names” for Lynnette Hardaway and Rochelle Richardson, who have enjoyed a mercurial rise to fame in the world of pro-Trump media.

Read the media advisory from Rep. King’s office below. 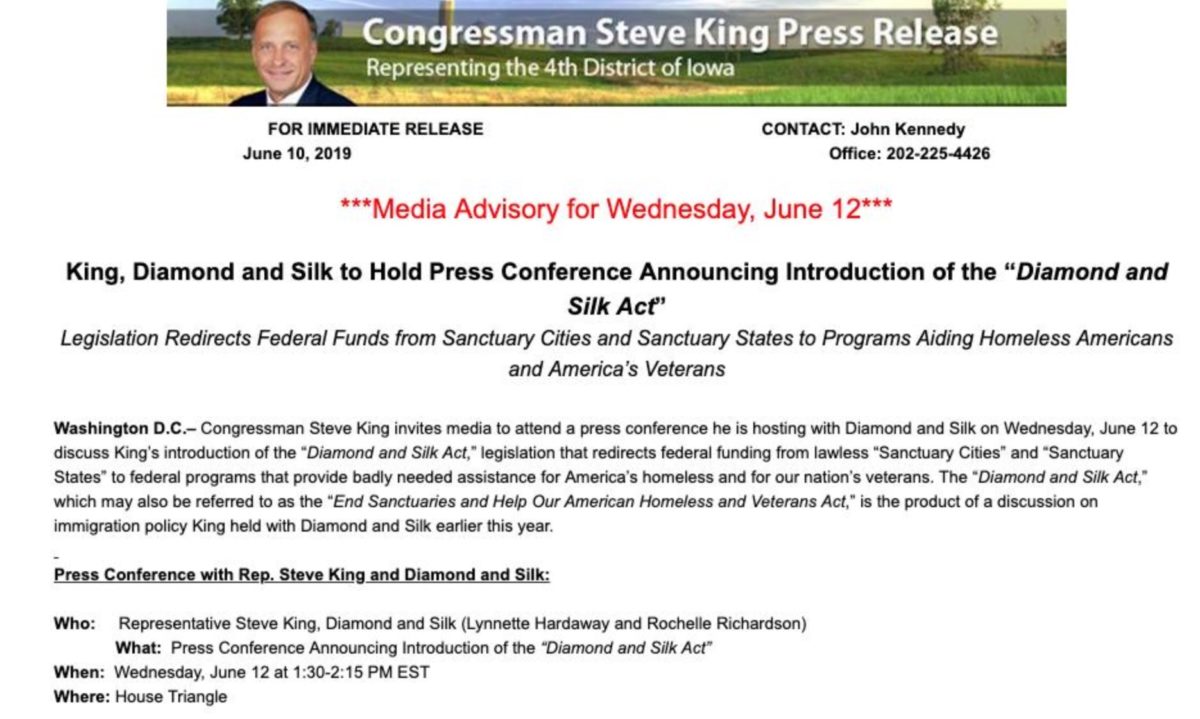