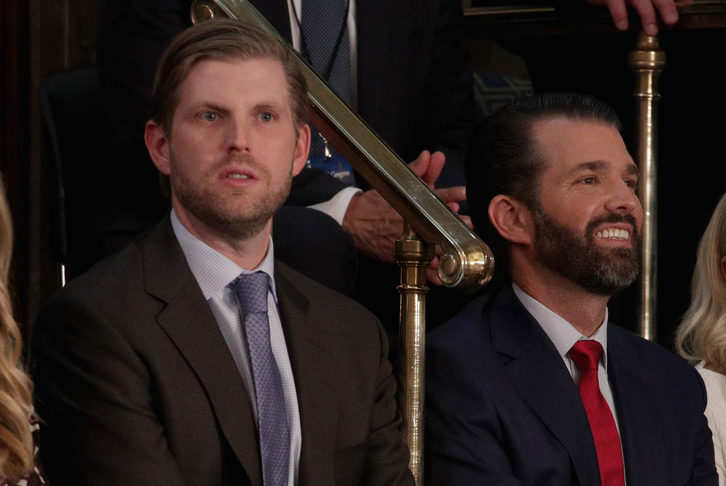 A CNN executive — seemingly following the lead of his network’s pugilistic primetime star, Chris Cuomo — took a personal shot at one of President Donald Trump’s sons.

“I assume @CNN not available for comment,” Don Jr. wrote. “Imagine their coverage of this if they were a real news organization?”

“Chris Cuomo defended himself when he was verbally attacked with the use of an ethnic slur in an orchestrated setup,” Dornic replied, approximately 30 minutes later. “We completely support him.”

Two minutes after that response, Dornic commented on a separate Don Jr. Cuomo-related tweet, one in which he was not tagged.

“Hey @ChrisCuomo, take it from me, “Fredo” isn’t the N word for Italians, it just means you’re the dumb brother,” Don Jr. wrote — accompanying his tweet with a winking emoji.

Dornic replied to that tweet and went after Don Jr. and his brother, Eric Trump.

Dornic has a history of mixing it up on Twitter. He previously told former press secretary Sarah Sanders “history will not be kind to you” after she posted a doctored video of a White House confrontation involving CNN’s Jim Acosta. The CNN executive also took on Chris Wallace of Fox News for criticizing Acosta in that same episode — telling Wallace “must be hard to sleep at night” working for “state TV.”

Still, a personal insult directed at two of the president’s children appears to be crossing a new threshold for the combative CNN executive. As of this writing, the tweet remains up.