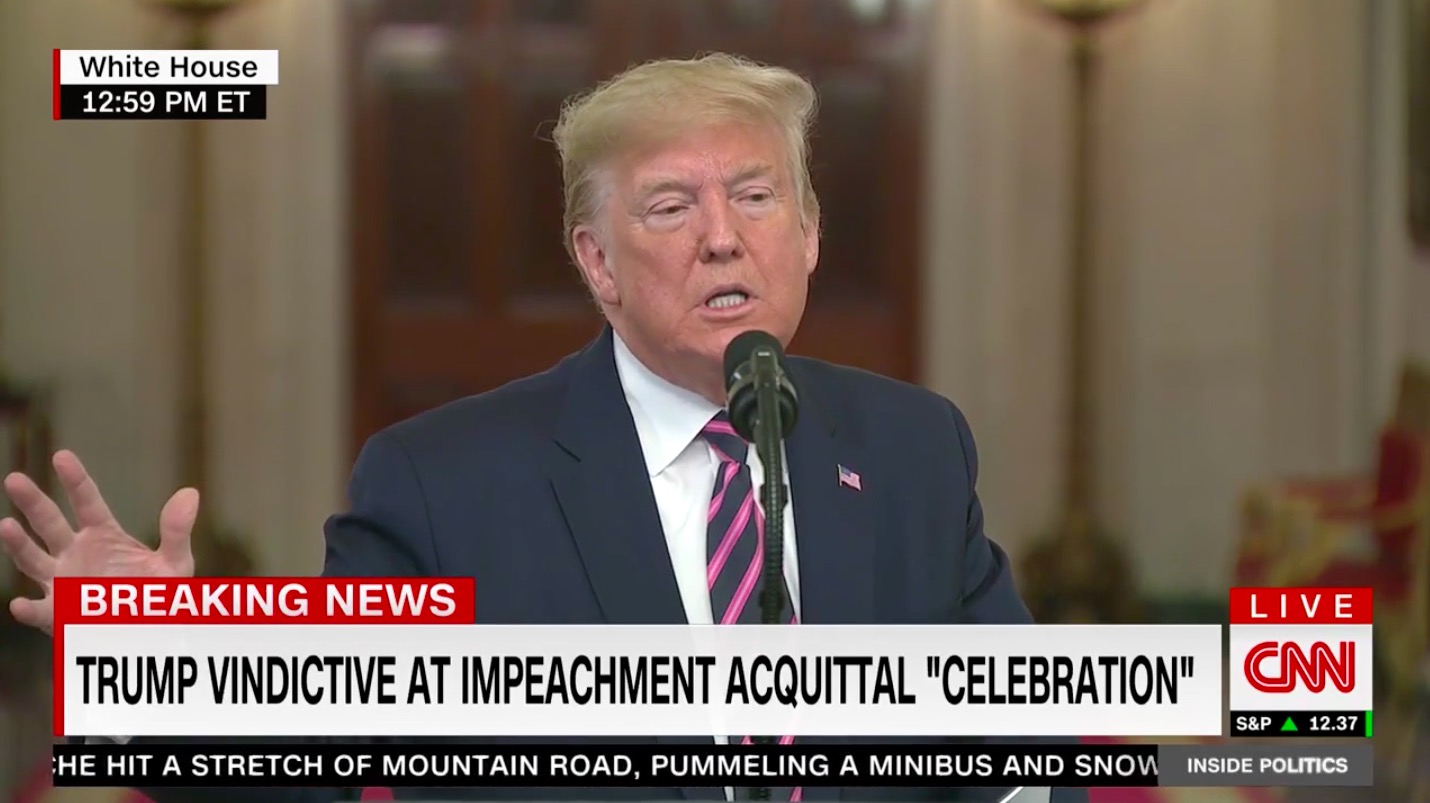 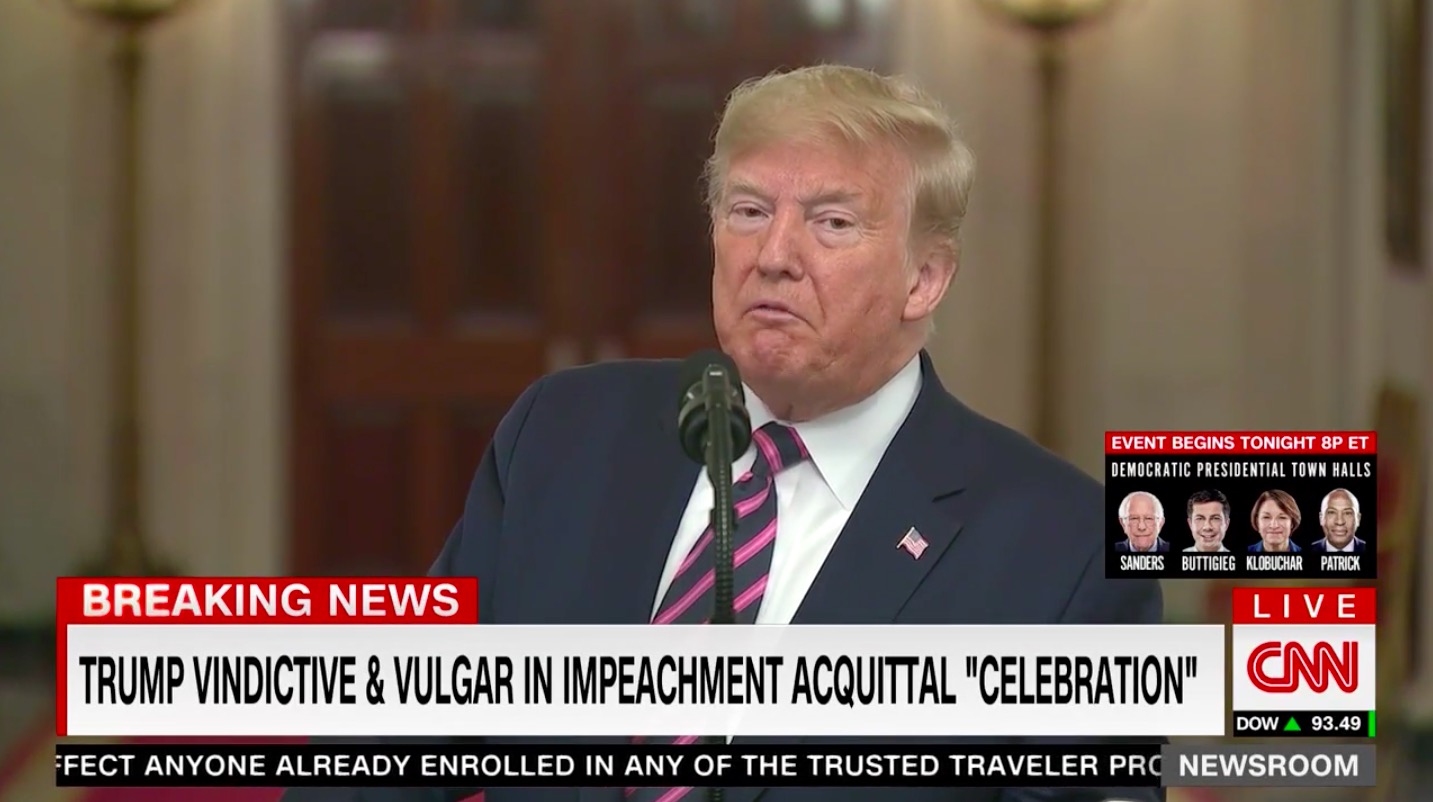 “This was a very disturbing tableau for the country. It was dark because he’s made clear that his mind is dark,” he claimed during a panel. “This is somebody in deep psychological distress right now. Self-pitying, insecure, angry.”

“With Donald Trump, if he did it, it’s not wrong. He doesn’t recognize abstract concepts like right and wrong, like morality or immorality, like true or false, he recognizes what is good for him in the moment,” Harwood continued. “And what has happened… what Mitt Romney has done by casting that vote, what Nancy Pelosi has done, has felt very, very unpleasant to him.”