Fauci, Birx Give Sobering Coronavirus Assessment: We Expect 100,000 to 240,000 Deaths With Mitigation

Dr. Anthony Fauci and Dr. Deborah Birx offered sobering projections at Tuesday’s White House briefing, saying that with mitigation the United States could face between 100,000 and 240,000 deaths from the coronavirus.

They brought out a chart showing that projection, as long as the nation continues following the social distancing guidelines the president recently extended to April 30. Without serious mitigation, the projection of the death toll rises to between 1.5 and 2.2 million. 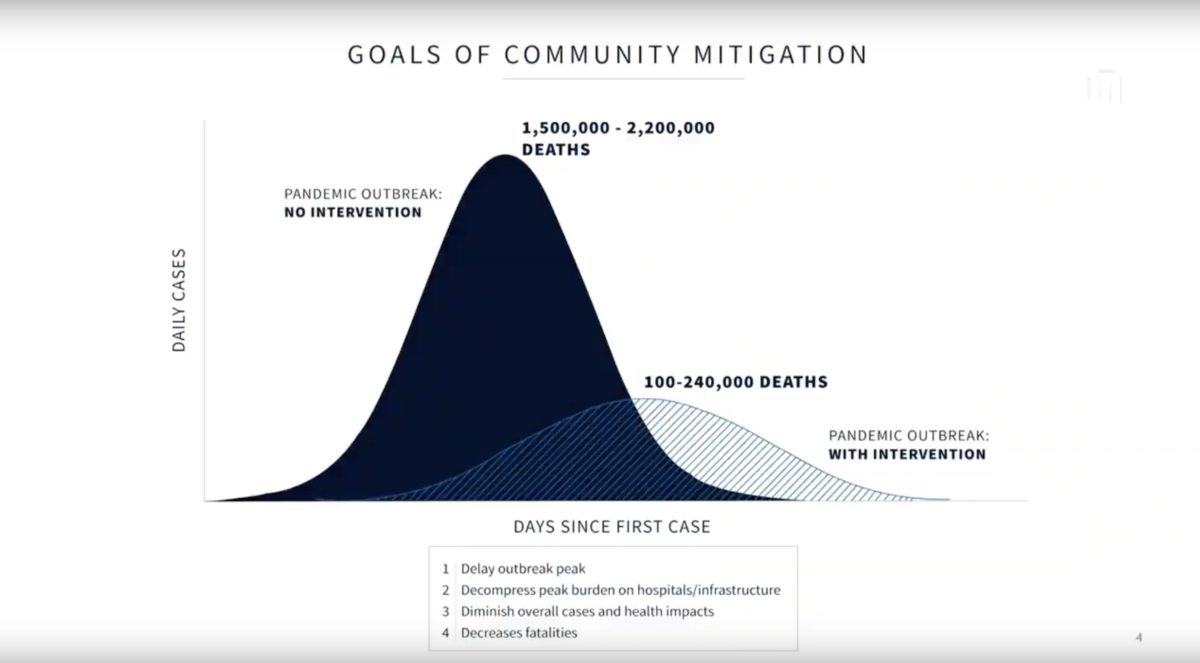 At one point, CNN’s Jim Acosta asked, “Should Americans be prepared for the likelihood that there will be 100,000 Americans who die from this virus?”

“The answer is yes,” Fauci responded. “As sobering a number as that is, we should be prepared for it. Is it going to be that much? I hope not and I think the more we push on the mitigation, the less likely it would be that number. But as being realistic, we need to prepare ourselves that that is a possibility we will see.”