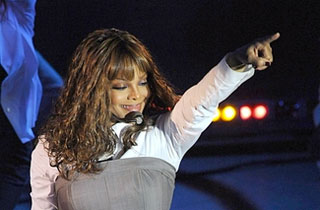 Good news: America really cares about net neutrality! They care about it so much that, thanks to the calls of folks like John Oliver and protests from big-name websites, Americans sent over 1,477,301 public comments to the Federal Communications Commission on its behalf.

Even better news: They care about it more than they cared about Janet Jackson‘s infamous wardrobe malfunction in 2004, which previously held the record for the most comments sent to the FCC.

While it was once considered a boring topic by the American public, net neutrality — the principle that legal content should be freely accessible to people without censorship or a price tag — is having its day in the sun, thanks to a legal challenge by internet service providers that attempted to dismantle the FCC’s net neutrality rules and, in doing so, allow them to establish an internet “fast lane” for a higher price. And with such high-profile attention given to the topic — Last Week Tonight‘s segment on net neutrality famously broke the FCC’s public comments website — the American public is pissed. From Politico:

A sampling of the comments reveals the depth of public passion over the issue.
“ISPs could have too much power to determine my Internet experience by providing better access to some services but not others,” one commenter, Seattle college student Christine Schauer, wrote to the commission.
Others weren’t so polite.
“I hope you are all ashamed with yourselves,” wrote “Pissed American.” Another person submitted an image of a universally understood hand gesture made of computer code.

The FCC will continue to accept comments until next Monday, which means if you want to go break a record at the FCC, by all means.

And before you throw in your Ms. Jackson joke, a Politico reporter beat you to it:

I'm sorry Ms. Jackson — oooooooo — but you no longer hold the FCC record for most public comments in a proceeding.