Bruce Jenner: I Am a Woman Transgender VIDEOS
video

‘For All Intents and Purposes, I Am a Woman’: Bruce Jenner Opens Up 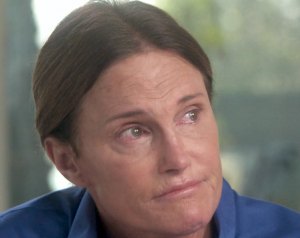 Bruce Jenner‘s big sit-down special with Diane Sawyer aired tonight, in an ABC News exclusive, and the Olympic gold medalist opened up to Sawyer about transitioning from male to female.

Jenner got emotional as the interview started out, and said “we have to keep our sense of humor about this” before taking a symbolic deep breath and opening up.

The way Jenner explained this to the family is God looking down and saying, “make him a smart kid, very determined,” and at the end of the process, God said, “Let’s give him the soul of a female and see how he deals with that.”

Jenner rejected the idea of being a “girl stuck in a guy’s body,” telling Sawyer, “I’m not stuck in anybody’s body, that’s just who I am.” Sawyer asked directly, “Are you a woman?”

Jenner answered, “Yes, for all intents and purposes, I am a woman… The female side is part of me, that’s who I am. I was not genetically born that way.”

Jenner also told Sawyer, “What I’m doing is going to do some good and we’re going to change the world.”

You can watch the relevant clip from the interview here, via ABC News:

Sawyer also brought up gossip that Jenner is doing all this as a publicity stunt for Keep Up with the Kardashians. Jenner responded by mostly just laughing. That clip here:

In the clip below, Jenner opens up to Sawyer about wearing a dress for the first time:

Jenner reveals the first person who learned the big news in the clip below:

Jenner talks here about taking female hormones in the 1980s:

As for the family, Jenner was terrified to open up to the kids. You can watch that clip here:

In this clip, Brandon Jenner says he’s “more proud than ever” of his father:

Jenner’s stepdaughter Kim Kardashian is married to Kanye West, and Jenner reveals in this clip how he reacted:

And speaking of Kim, Jenner also reveals trying on a dress once and Kim walking in: