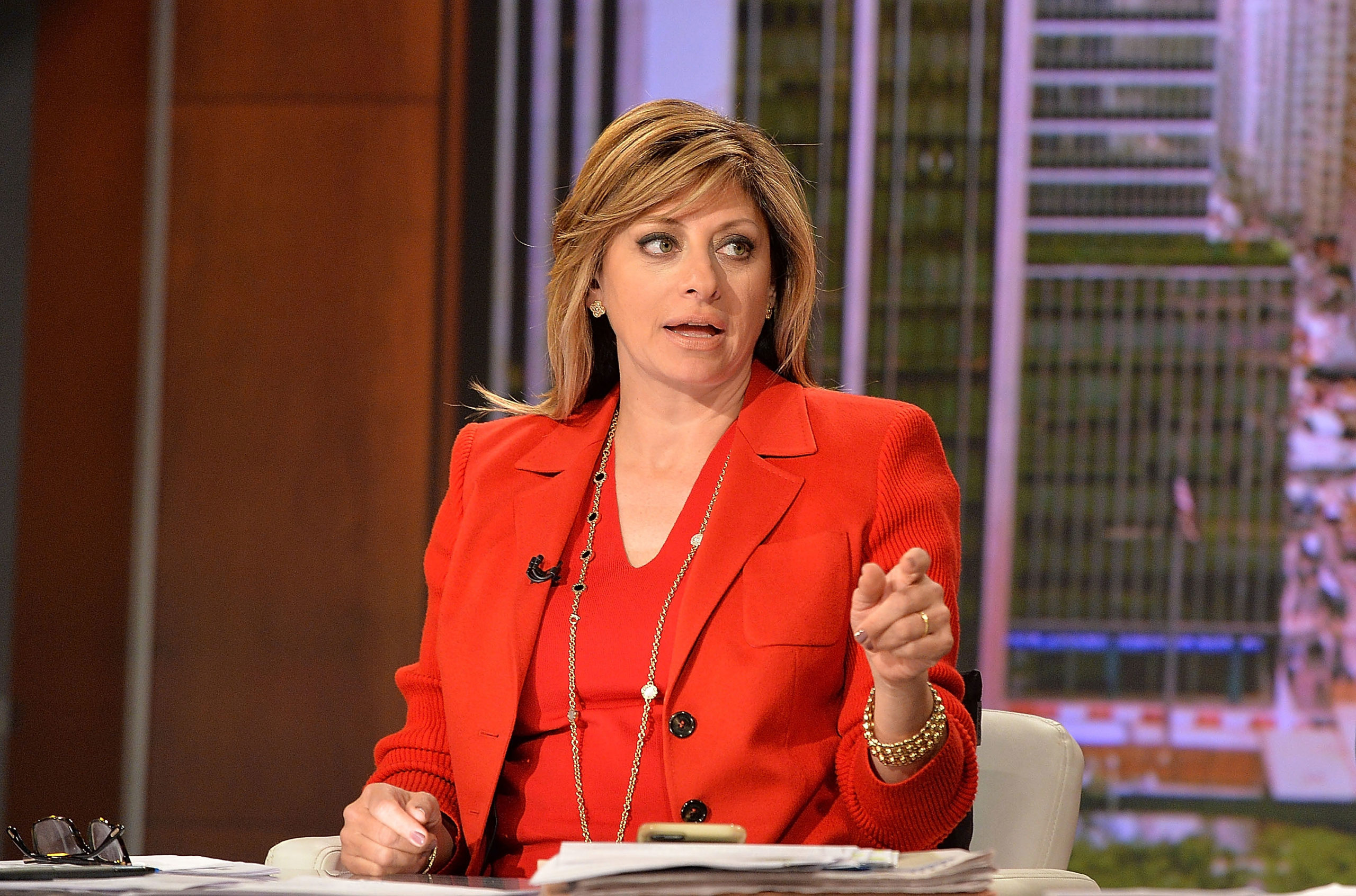 Early Thursday, the pro-Trump anchor linked to a tweet that alleged 100% of a batch of votes in Michigan went to Joe Biden, calling the claim “one of the many questionable issues” of the 2020 election.

In a subsequent tweet, Bartiromo rounded up a series of debunked conspiracy theories about the 2020 vote:

The allegation of a sudden drop of more than 128,000 votes for Biden in Michigan — which was also pushed by Trump campaign legal adviser Jenna Ellis on Fox News on Wednesday — has been debunked, and revealed to have been the result of a typo.

The error went viral after being shared on Twitter by conservative commentator Matt Mackowiak, who was retweeted by President Donald Trump. Mackowiak had tweeted a screenshot from election data website Decision Desk HQ that apparently showed 100% of a batch of more than 100,000 votes went to Biden. But the error was based on a typo, as Decision Desk HQ stated, and Mackowiak deleted the post.

“This tweet was taken and share honestly. I have now learned the MI update referenced was a typo in one county,” Mackowiak wrote.

This tweet was taken and share honestly. I have now learned the MI update referenced was a typo in one county.

Bartiromo’s claim that those who used a Sharpie pen for their vote “invalidated ballots” has also been debunked.

In a statement, Arizona’s Maricopa County reassured voters that “sharpies do not invalidate ballots.”

“We did extensive testing on multiple different types of ink with our new vote tabulation equipment. Sharpies are recommended by the manufacturer because they provide the fastest-drying ink,” the statement explained.

The Maricopa County Board of Supervisors address election concerns from voters. Read the full letter below: pic.twitter.com/cAHgV5Krij

As for Bartiromo’s final claim, it is unclear what she is talking about: “Trump leading in GA, NC, PA, WI, MI & they stop counting” before the vote fairy visits overnight…”

UPDATE 8:23 p.m.: Twitter slapped Maria Bartiromo’s post with a tag noting the information could be misleading. Bartiromo later tweeted that she will be leaving Twitter to join smaller rival Parler. She urged President Trump to join her. 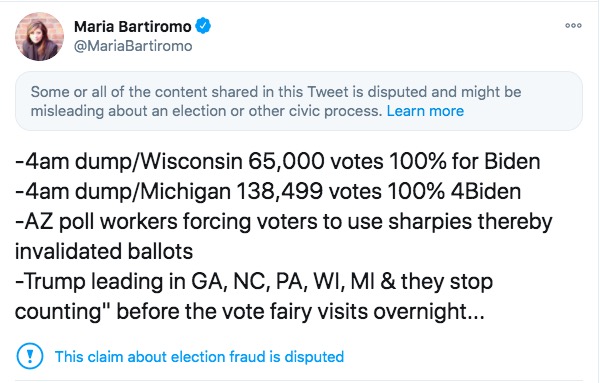 This is the same group who abused power in 2016. I will be leaving soon and going to Parler. Please open an account on @parler right away.