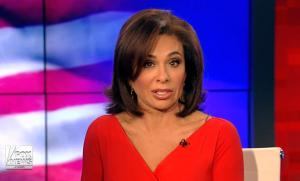 This evening, Fox News formally apologized for a false claim about Muslims that was so egregious, even the Prime Minister of Great Britain and all of French television had to step in and call them out for it.

“Over the course of this last week we have made some regrettable errors on air regarding the Muslim population in Europe – particularly with regard to England and France,” anchor Julie Banderas said during tonight’s newscast. “This applies especially to discussions of so-called ‘No Go Zones’ areas where non-Muslims allegedly aren’t allowed in and police supposedly won’t go.”

To recap: once upon a time last week, Fox’s terrorism commentator Steve Emerson claimed that there were certain neighborhoods and towns completely overrun with a Muslim population so fierce that even police wouldn’t enter them: according to him, there are “actually Muslim religious police that actually beat and actually wound seriously anyone who doesn’t dress according to religious Muslim attire.”

Needless to say, according to David Cameron and a bunch of mad French television stations, that’s not the case. Emerson has apologized, and Banderas profusely continued to apologize tonight:

To be clear, there is no formal designation of these zones in either country… and no credible information to support the assertion that there are specific areas in these countries that exclude individuals based solely on their religion. There are certainly areas of high crime in Europe as there are in the United States and other countries – where police and visitors enter with caution. We deeply regret the errors and apologize to any and all who may have taken offense including the people of France and England.

And later, Jeanine Pirro made another apology, saying that she should have challenged Emerson’s views and pointing out that Emerson was factually incorrect. Watch below: