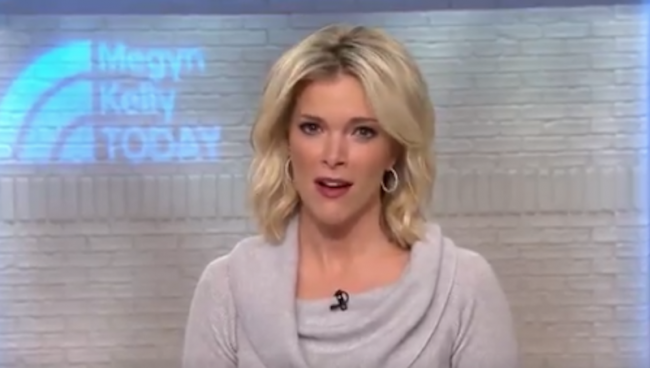 After Page Six published a scathing report on NBC’s Megyn Kelly detailing the purported “toxic atmosphere” on her show, Fox News and FBN senior vice president of marketing Michael Tammero took a swipe at the former Fox News host by sending out the following tweet:

When I was in charge of booking audiences for ‘Rush Limbaugh The TV Show’ the show would be OVERbooked at least three months out And we did it by phone! “… as of Friday, only one show was sold out through the end of March via its online ticket service.” https://t.co/2RzBfnW3Et 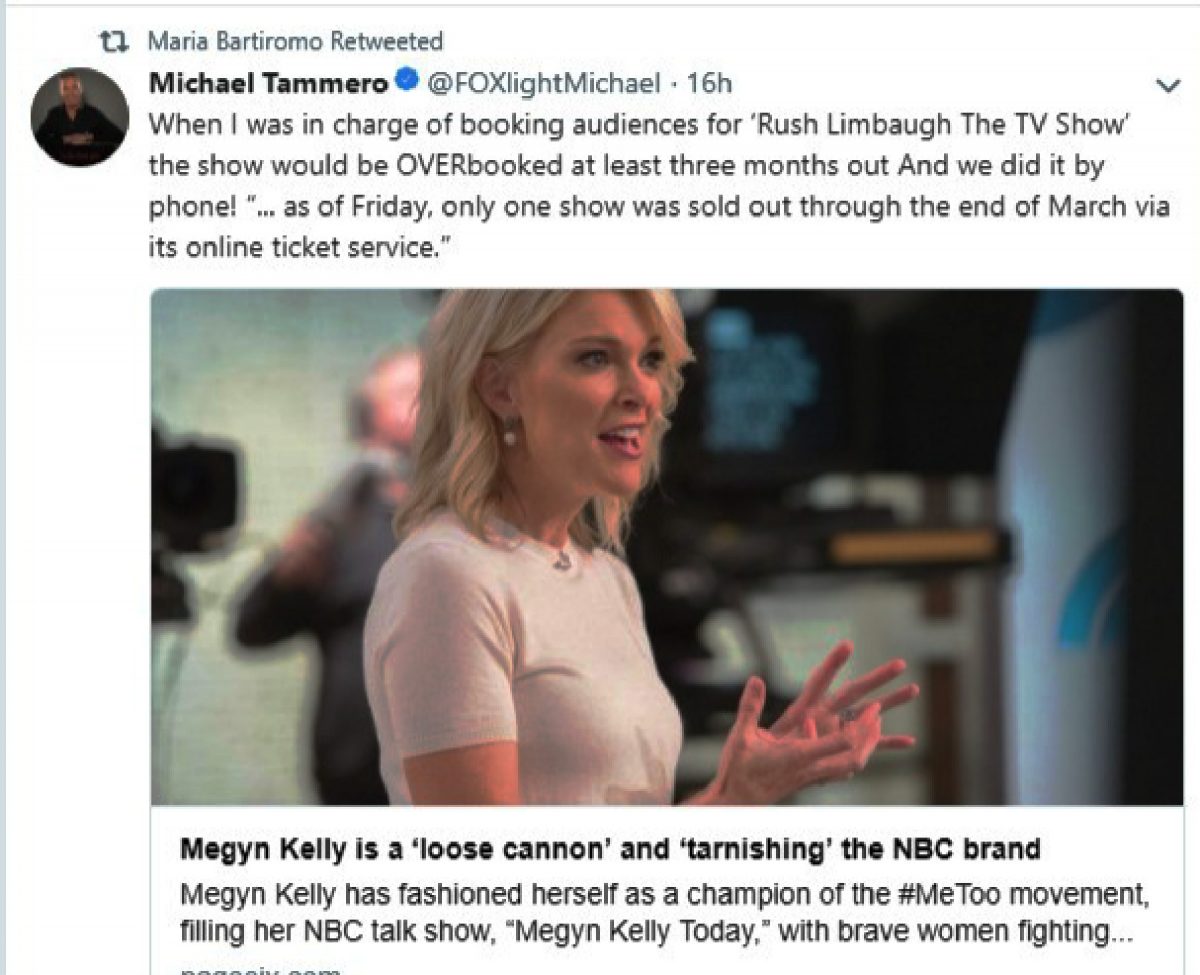 While Bartiromo appeared to appreciate the hit piece on Kelly, other female Fox News hosts came to Kelly’s defense and condemned the article. Senior meteorologist Janice Dean called it “shameful and sad.”

Why is it people that know the least about someone have the most to say? @megynkelly is one of my closest friends. She is a strong lady but doesn’t deserve any of this. It’s shameful and sad. https://t.co/r9Ad0FccVM

Why are you doing this @FOXlightMichael it’s so petty and mean spirited.

And anchor Melissa Francis called the piece “RIDICULOUS” while asking how “low will women go to tear each other down.”

This is RIDICULOUS. How low will women go to tear each other down? Megyn has been a tireless mentor, friend, champion to me and so many others. This mean spirited campaign to lie an undermine her is SHAMEFUL. https://t.co/QHA3n8PB3d via @pagesix