Mika and Greta van Susteren Spar Over Morning Joe’s Calling Out Fox News: ‘You May Not Care About the Truth. We Do’ 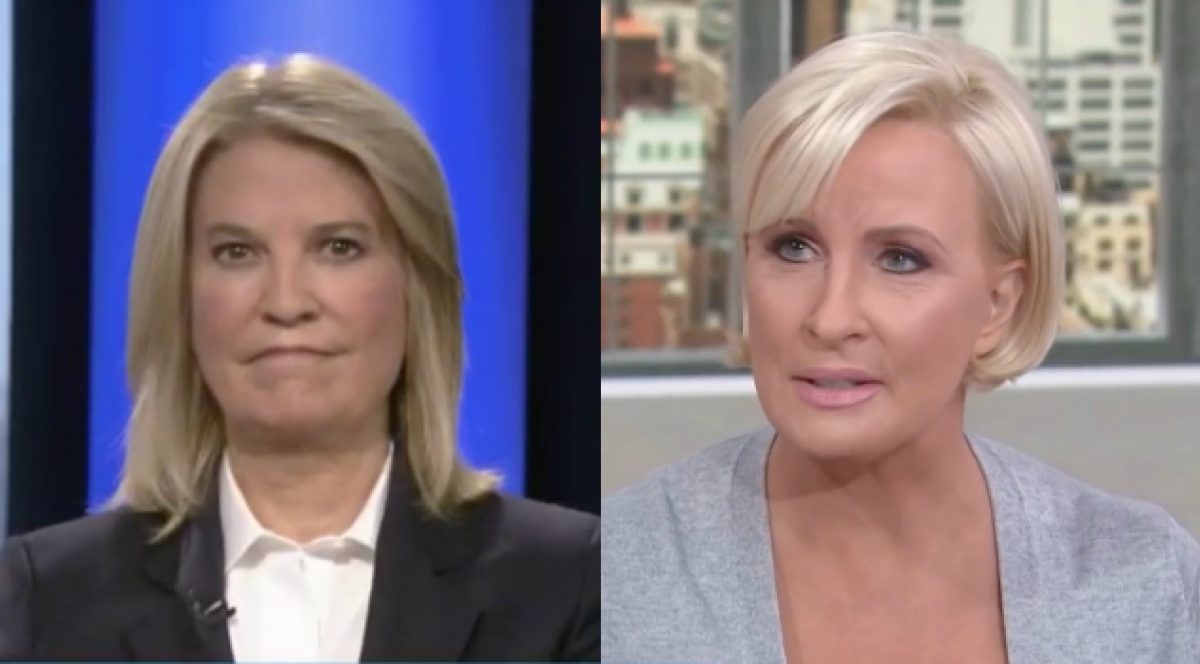 Greta Van Susteren and Mika Brzezinski had a tussle on Tuesday morning when they held an online dispute over MSNBC’s place in calling out what hey deemed to be lies and biased misinformation from other networks, in particular, Fox News.

The commotion began when Van Susteren noticed Mediaite‘s coverage of Joe Scarborough on Tuesday after he ripped into Fox News’ opinion programming. Van Susteren, who has worked for MSNBC, Fox News and CNN, responded by saying “News orgs and hosts need to stop talking about competitors as each news org has so many skeletons in their closets…They should focus on their own jobs and stop watching each other.”

Brzezinski saw Van Susteren’s comment, and she offered a rebuke to the “disturbing tweet” about her co-host’s efforts to call out “the hosts that promulgate the President’s lies.”

Then please stop watching us. What a disturbing tweet. This is about corruption in the Presidency and the hosts that promulgate the President’s lies. A shame not to recognize the importance of this moment. https://t.co/6KTJ5S9icD

Van Susteren received Brzezinski’s complaint, and she doubled down by saying cable news hosts would do well to stop watching their competitors and focus more on holding politicians accountable. Brzezinski responded by telling Van Susteren “you may not care about the truth,” but Morning Joe will take notice of those who carry President Donald Trump’s water.

Actually the truth matters. It may not to you. There are those using their platforms to promulgate the President’s lies. You know that. We will recognize it and condemn it when it happens. You may not care about the truth. We do. https://t.co/HNjM5yY5tp

Do you really believe – even for one second – that I don’t care about the truth? https://t.co/ohpeT5zY7P

Beyond her interactions with Brzezinski, Van Susteren has been very active on Twitter today as she defended her position from numerous critics. Here are a few examples of the arguments she put forward:

I think all three cables are guilty of this. Those hosts who do that are unwatchable to me. I want news and strong debate-I don’t want to listen to hosts from any of the 3 cables talk about each other. That means they spend too much time watching each other and not news gathering https://t.co/1PCCJIxNSX

I don’t understand why hosts on cable (regardless of the cable) watch each other and use valuable air time to talk about each other. Yes, maybe once in a while…but ? https://t.co/fD1neAHuRO

It is regrettable when any news organizations (and there is reason to examine each( has converted news (which should be facts/strong debate) into a team sport where people take sides, not pursue facts and strong debate on facts. https://t.co/oKbsCte3HE

Job of press:aggressively seek facts about those who hold office,whether R or D..and then let the American people decide ..press should also encourage a robust debate about those facts but not tell people what to think

I don’t if Fox is the “worst offender” but I do think Fox is an offender – spending too much time talking about competitor cable when should be using time to report facts and provoke robust debate about those facts https://t.co/fD1neAHuRO

There are more than 300 million in USA…a small percentage has cable and watches any of the 3 cable networks..yes, it is important to sometimes call out a competitor who gets it wrong but it seems to me that we are at the point where there is too much time at expense of news https://t.co/507fjnAL4s