Herman Cain On Communities Banning Mosques: ‘They Have A Right To Do That’ 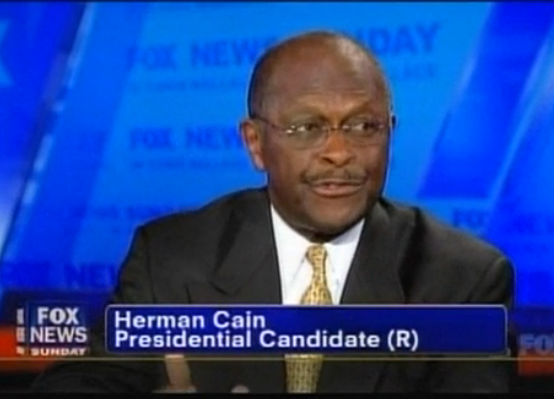 The town of Murfreesboro, Tennessee is having their own version of the Ground Zero Mosque scandal, as an Islamic center proposed in the town is facing significant opposition. Among those opposed to building it is Republican presidential candidate Herman Cain, who appeared on Fox News Sunday today and asserted that communities “have a right” to ban mosques from their community.

Wallace argued that he did not quite understand what was wrong with Murfreesboro that would prevent a mosque from existing there without controversy– “this isn’t Ground Zero in New York City, it’s not hallowed ground. Don’t Americans have a right, of any religion, under a Constitution which you speak so much about…”

Cain retorted that “to the people of Murfreesboro, it is hallowed ground” and that he agreed with them in their objection to “the intentions of trying to get Sharia Law.” “They’re objecting to the fact that Islam is both a religion and a set of laws,” Cain continued. So Wallace asked the inevitable question: does any community have the right to ban mosques? “Yes, they have a right to do that,” Cain replied, without skipping a beat. He later added that, while he is not willing to discriminate based on religion, “I’d rather err on the side of caution.”