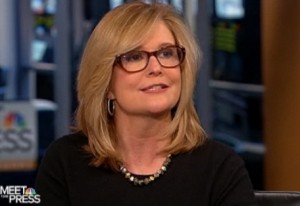 On Sunday’s Meet The Press, host David Gregory wrapped up the show by asking conservative columnist Kathleen Parker about presidential hopeful Mitt Romney’s inability to “connect” with voters, specifically his remark about his wife’s Cadillacs. Parker agreed, adding that “we can also unanimously conclude that Mitt Romney, for all of his good qualities, is a dork.”

Either Parker doesn’t know what a “dork” is, or she was calling Romney a whale penis. On some networks, that’s a suspendin’ offense!

There are many words I could use to describe Mitt Romney, but “dork” isn’t one of them. A dork wouldn’t say his wife “drives a couple of Cadillacs,” he would say “Ann’s other car is a Landspeeder!”

A dork wouldn’t say “I’m running for office, for Pete’s sake, I can’t have illegals,” he would say “What’s with all the illegal aliens? What do you think this is, the Mos Eisley Cantina?” (And somewhere, an even bigger dork would be saying, “Excuse me, Mitt, don’t you mean Chalmun’s?”)

You get the idea. You know what else a dork would do? When considering the alternate definition of “dork” as “whale penis,” he would remember that Dean Cain had once definitively confirmed this aquatic meaning during an episode of the revived Ripley’s Believe It Or Not, and yet would still double-check it, and conclude that “dork” only refers to a whale’s penis insofar as it is arcane slang for any penis.

The point is, Mitt Romney is many things, but dork isn’t one of them. Were he to grandly enter a D&D tournament, he would be greeted by the sound of the caterpillar drive on the Red October (hint: it’s quiet).

As for Parker’s main point, though, I tend to agree with her. She went on to say that “The big complaint against Romney is that he cannot connect with ordinary Americans,” but “Ultimately, do you really care? The question is, do you think he has the cure? And I think voters are going to have to put aside the fact that he’s not connecting, and they need to decide whether they think he’s got what it takes to fix the economy.”

While I suspect that Romney’s cure for the economy would be about as effective as firing a hand phaser at a Klingon Bird of Prey, a candidate’s ability to “connect” with voters should be the least of voters’ concerns. When you think of the great leaders throughout time, how many of them could you see yourself having a beer with?

Unfortunately for Romney, elections are decided by people who can’t make up their minds, and for whom “connection” commands outsize importance.

Here’s the clip, from NBC’s Meet The Press: