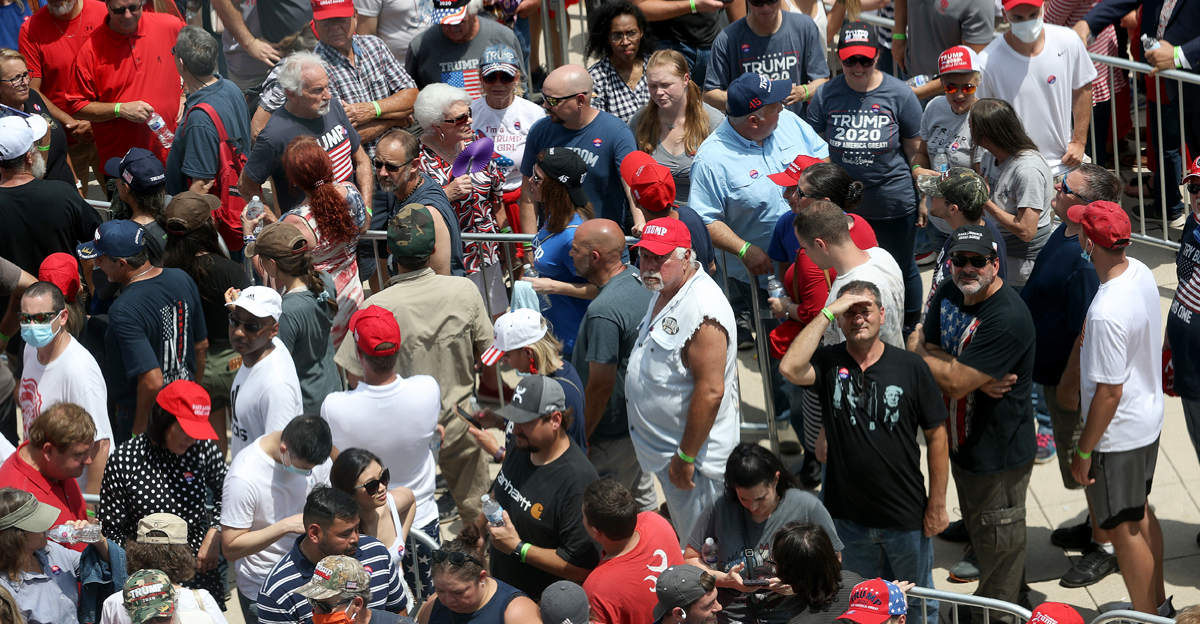 On Saturday, the Trump campaign is holding the first post-lockdown campaign rally in Tulsa, Oklahoma. The event has already seen huge lines and crowds, and controversy, before it even began.

President Donald Trump is scheduled to being speaking at 8:00 PM Eastern, but the official campaign live stream began in the late afternoon, as various guests take the stage, including Diamond & Silk as well as campaign surrogates.

Here is the PBS live stream, which will go on air at 7pm.

Below is the official campaign live stream, hosted in part by Kimberly Guilfoyle and Katrina Pierson, among others.

Ahead of the rally, news broke that at least six staffers involved in setting up and organizing the event have tested positive for Covid-19. Although masks will be made available to attendees, they are not required.