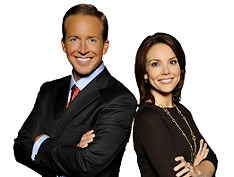 CBS needed to do something with its struggling morning show, but is the soon-to-debut duo of Chris Wragge and Erica Hill the answer? Maybe not.

A survey of media buyers reveals a general consensus among the folks who make key advertising spending decisions: CBS’ Early Show was in major need of “something,” but “I’m not sure this is it.”

“People watch them,” answered one reader.

And wrote yet another: “They serve a need for ‘background’ news and weather and traffic while the viewer is dressing and preparing to leave home.”

But CBS’ morning show, set for a re-start in January with Hill and Wragge replacing the current team of Harry Smith, Maggie Rodriguez and Dave Price, did not get warm reviews in the survey:

A quarter of respondents think it’s a good idea; 25 percent agreed with this statement: “It has been lagging in the ratings for years, and this should give it a fresh look.”

Nearly as many, 23 percent, thought not, agreeing with this statement: “Harry Smith is great, and I don’t think the problems were on camera. I think they were behind the camera.”

But the largest share, 52 percent, was unsure, agreeing with this statement: “Clearly the show needed a shakeup of some sort, but I’m not sure this is it.”

Just a small percent believe the makeover will help ratings, a mere 6 percent.