Mediaite’s Rothman on Hannity: Obamacare Site Can Be Fixed, Program Based on ‘Faulty Premise’ Can’t
video

Mediaite’s Rothman on Hannity: Obamacare Site Can Be Fixed, Program Based on ‘Faulty Premise’ Can’t 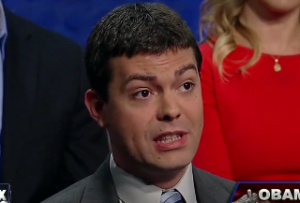 Mediaite’s Noah Rothman took part in a town hall on Sean Hannity‘s show Friday night to talk about the disastrous Obamacare rollout. It is a near-universal agreement on both sides that the website glitches for the health care law are beyond unacceptable, but Rothman said while a website can always be tinkered with and eventually fixed, the same cannot be easily done with the massive health care law itself.

Kirsten Haglund argued that the conversation about Obamacare is clouding any discussion of the budget, lamenting how Congress “punted” for another few months to a time when the Republicans will almost assuredly have “less leverage.”

Judith Miller, meanwhile, found it striking how Hannity et al. are “pronouncing a program that’s barely begun a failure.” She argued that Medicare Part D had a similarly catastrophic rollout but now it’s an important entitlement that no one would dare touch.

“The technocratic argument is going to fall apart because no website cannot eventually be fixed. A program based on a faulty premise is never going to be fixed, and that is the assumption that a lot of people who are going to have to pay for these individuals who need care and don’t need subsidies are going to sign up for this program.”

Jeanne Zaino agreed that the rollout was disastrous but maintained that the goal of the health care law, to provide health insurance to people who don’t have it, is worth staying the course.