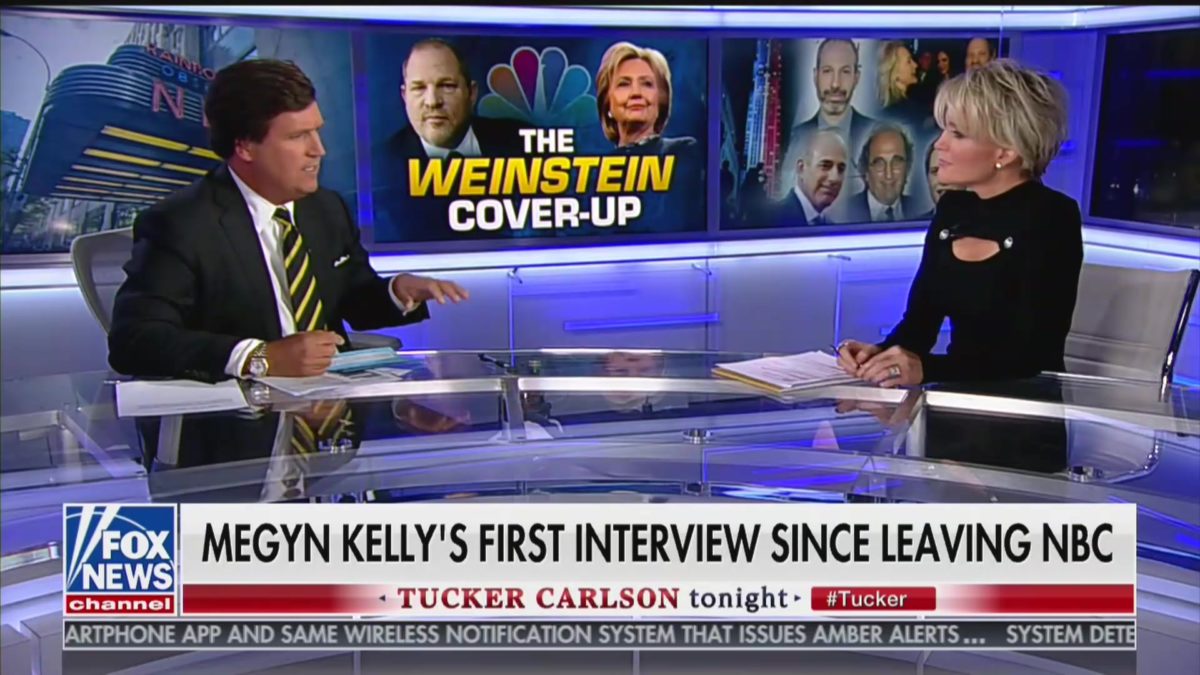 Carlson — who featured Kelly across multiple segments in her first appearance on cable news since she left NBC — also netted 689,000 viewers in the advertiser coveted 25-54 demographic, beating out his closest competitor – Sean Hannity – in both categories for Wednesday night

MSNBC’s Chris Hayes, whose show All In with Chris Hayes airs the same time as Tucker Carlson Tonight, drew 346,000 viewers in the demo and 2.243 million viewers overall.

During the interview, Kelly, a former Fox host who has been off the air since she was ousted from NBC News, condemned NBC for its handling of allegations of sexual misconduct against Matt Lauer, and called on the network to open an outside investigation. She also defended CNN’s coverage of the impeachment inquiry into President Donald Trump.