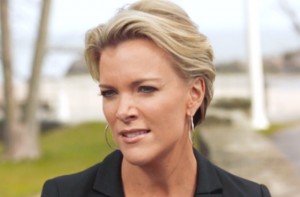 Megyn Kelly opened up a little about the threats against her life on CBS Sunday Morning today after Donald Trump‘s attacks thrust her into the spotlight.

She spoke with Charlie Rose about how her career took off at Fox to the network’s bias (Kelly denies that Fox News has a conservative bias) to her saying she would welcome Trump on her show if he decided to return.

But Kelly also admitted that things have been pretty rough in her family life as a result of Trump targeting her, including death threats. She told Rose, “It’s not so much what he writes or says, it’s how he gins up anger among so many, so it manifests in my life in several ways.”

Kelly legitimately worries that “someone’s gonna hurt me in the presence of my children.”

Another part of the interview worth highlighting is what Kelly had to say about Bill O’Reilly, especially given how Trump has trashed her on her colleague’s show and O’Reilly barely bothered to defend her.

Kelly said, “I wish he had defended me more… I think Bill did the best he’s capable of doing in those circumstances.”

Watch the full Kelly profile above, via CBS.