Melissa Harris-Perry Compares Obama To The Godfather: ‘My Offer Is This: Nothing’
Video

Melissa Harris-Perry Compares Obama To The Godfather: ‘My Offer Is This: Nothing’ 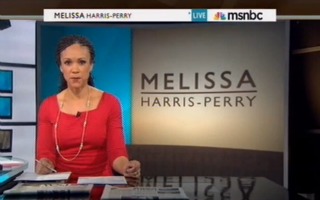 Melissa Harris-Perry started her show on MSNBC this Saturday with a lighthearted jab at House Speaker John Boehner and the unfolding drama over the impending fiscal cliff.

Harris-Perry began, “It’s December 1, just one month until the deadline for the so-called ‘fiscal cliff’ and the drama is building.” She then played a clip of Boehner this week, discussing the White House’s initial proposal for the fiscal cliff. Boehner claimed it “was not a serious proposal” and Harris-Perry disagreed, saying, “Mr. Boehner, you’ve got it all wrong. It is a serious proposal, really serious, ‘Godfather’ serious.”

“Watching the DC drama this week convinced those of us in Nerdland that President Obama must be a fan of the Francis Ford-Coppola masterpiece because he seems to be channeling ‘The Godfather.’ No, I’m not suggesting that Speaker Boehner is about to wake up next to a severed horse’s head, but remove the lethal components and there are valuable negotiating lessons that the President seems to be picking up on.

For an example, she played a clip from “The Godfather” where this famous line is said: “Keep your friends close and your enemies closer.”

According to Harris-Perry, employing this strategy helps shield President Obama from critics who may perceive him as unreasonable, but “it also ensures that they know where he stands: In the Oval Office.” She then played another clip from the iconic movie to make the point that the President has been reminding his coalition, “Don’t ever take sides with anyone, against the family, ever again.” Harris-Perry noted the President has been reaching out to voters to get in touch with their Congressmen to make their voices heard and in this vein, “deployed Tim Geithner to the Hill, kinda like the Don’s consigliere Tom Hagen, the messenger.”

Once the fiscal cliff details were made clear, she says, “It was clear that the President was, indeed, a student of the Don.” To back this up, her final segment from the film was the famous clip where Michael Corleone tells the Senator, “My offer is this: Nothing.” She wraps up the segment noting that because President Obama “is holding all the cards,” he believes he made “an offer that Republicans can’t refuse.”