Comedian Michelle Wolf saluted abortions on the most recent episode of her Netflix show The Break, which dropped just in time for 4th of July week.

“Look, access to abortion is good and important,” Wolf said in the clip published on Sunday. “Some people say abortion is ‘killing a baby.’ It’s not. It’s stopping a baby from happening. It’s like ‘Back to the Future’ and abortion is the DeLorean. And everyone loves DeLoreans.”

She also took a stab at the pro-life crowd.

“Pro-life is a propaganda term that isn’t real, like healthy ice cream and handsome testicles,” she said, before claiming “anti-abortion” really meant “anti-woman.”

She added: “If these people were actually pro-life, they would be fighting hard for healthcare, child care, education, gun control, and protecting the environment.” 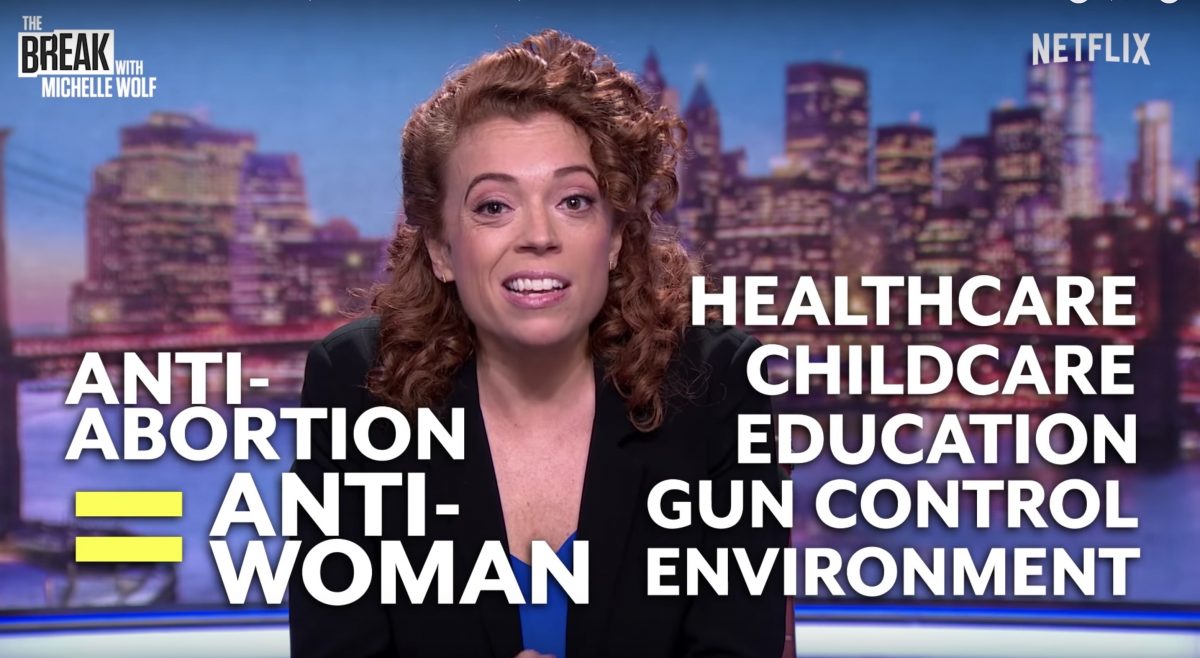 Wolf then ended the segment with her “10th Annual Salute to Abortions” (the streaming show is in its first season), complete with a marching band, a balloon arch, and a patriotic costume.

“Abortion I salute you,” she said after her entry to a You’re a Grand Old Flag.

“Women if you need an abortion, get one,” she added, throwing confetti.

She then ended the segment with a celebratory, confetti tossing, “God bless abortions and God bless America.”

Watch above, via Netflix