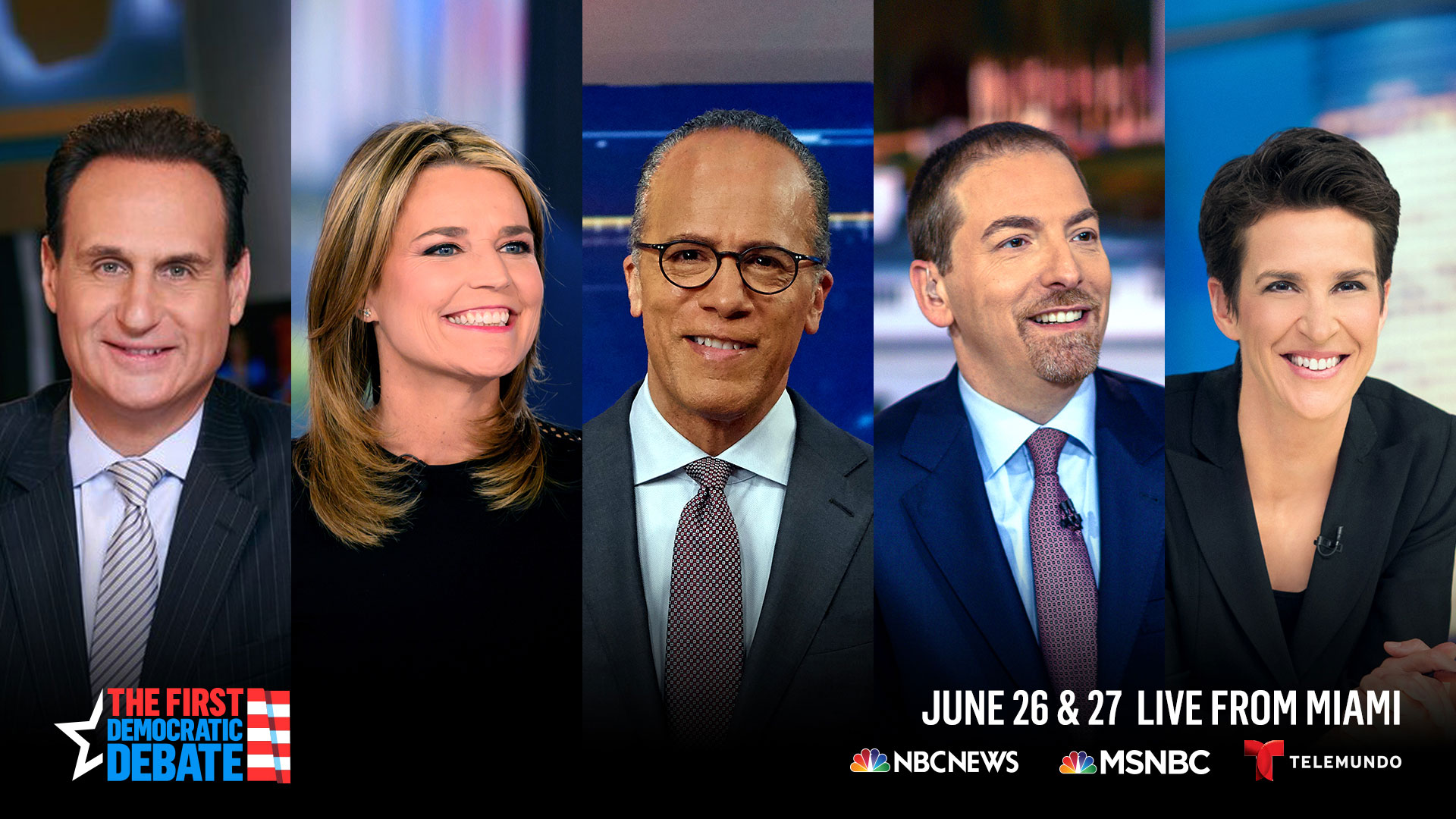 NBC is holding nothing back for the first Democratic primary debate.

With 10 candidates on the stage on each of two nights in Miami on June 26 and 27, the network is sending out the big guns to moderate. NBC News announced Tuesday that it will have five moderators for the highly-anticipated first 2020 showdown. They are; NBC Nightly News anchor Lester Holt, Today co-host Savannah Guthrie, Meet the Press moderator Chuck Todd, The Rachel Maddow Show host Rachel Maddow and NBC Nightly News Saturday and Telemundo anchor José Díaz-Balart.

The debates are two hours each on the 27th and 28th, involving a different set of 10 candidates. Holt will appear on stage for both hours each night. In the first hour, he’ll be joined by Guthrie and Balart. In the second, Maddow and Todd will moderate alongside the NBC Nightly News anchor.

The debates are going to be carried on NBC, MSNBC, and Telemundo and are expected to draw a massive television audience. The Democratic National Committee is still in the process of determining which candidates will be invited. At least three will be excluded from the proceeding, as 23 candidates are in the field, and the debate has been limited to 20.