Obama & Biden End Mil Fundraiser by Saying 'I Love You' 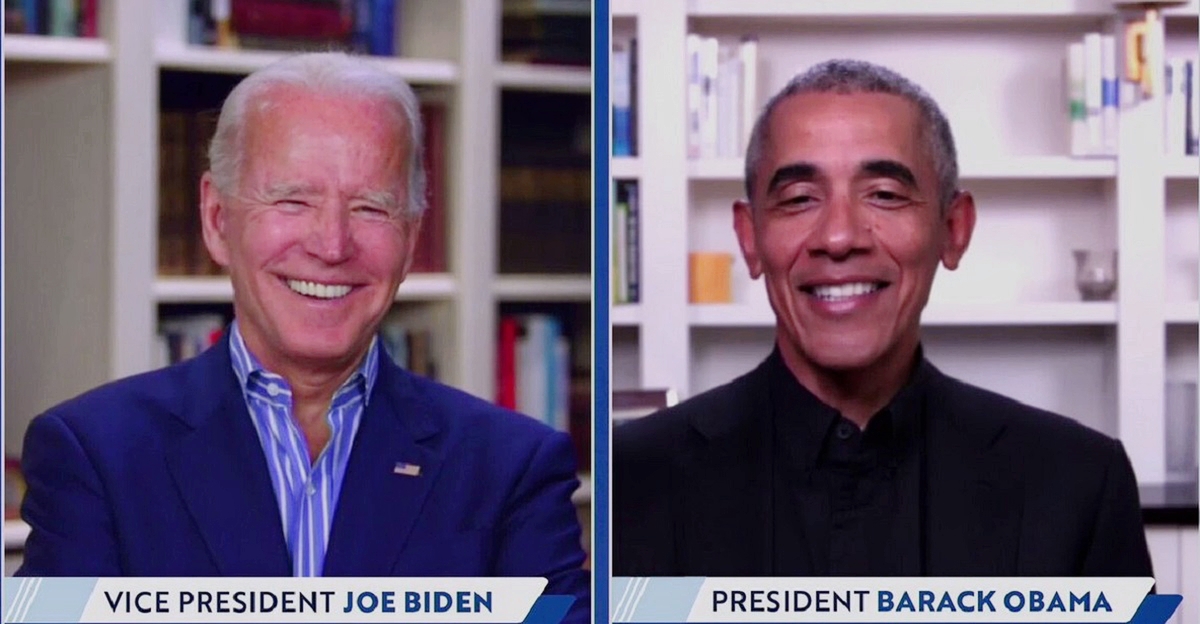 Former Vice President Joe Biden and former President Barack Obama got the band back together for a blockbuster fundraiser that raked in $11 million, and pleased supporters with a wrap-up that showed the affection the two have for each other.

According to pool reports — and delighted tweets from supporters who watched the virtual event live on Tuesday night — the fundraiser ended with heartfelt expressions of mutual endearment.

After saying it was time for everybody to get to work, Obama said “Love you Joe.”

“Love you too, pal,” Biden replied.

During the fundraiser, Obama laid into President Donald Trump over his campaign rallies during the coronavirus pandemic, responding to one participant’s question by saying “Unlike our current president we recognize that we have a public health crisis going on. It means that we have to show restraint and how we structure campaigns has to be different and take that into account. And we have to listen to public health experts. Poor Dr Fauci who has to testify and then see his advice flouted by the person who he’s working for. We’ve got to pay attention to what the public health experts say when it comes to this campaign season.”

He also spoke about the crackdown on protesters at the White House, and how the world views it.

“Now they’re witnessing out of our White House a militarized response to peaceful demonstrators or a leader who basically threatens, consistently impugns the free press. Folks like Putin or Kim Jong Un or President Xi in china they say well obviously we don’t have any pressure we don’t have to do anything about the dissidents we’ve imprisoned or the ethnic groups we’ve discriminated against or the crackdowns on dissent because there’s nobody who’s going to call us to account. And that’s not the kind of world we want to end up living in,” Obama said.

The event raised more than $11 million, including $7.6 million from 175,000 grassroots donors — a total that almost doubled the campaign’s previous best for a single event. Biden’s campaign outraised Trump in May by $5 million, and eclipsed the total raised by Trump’s Tulsa rally as well.