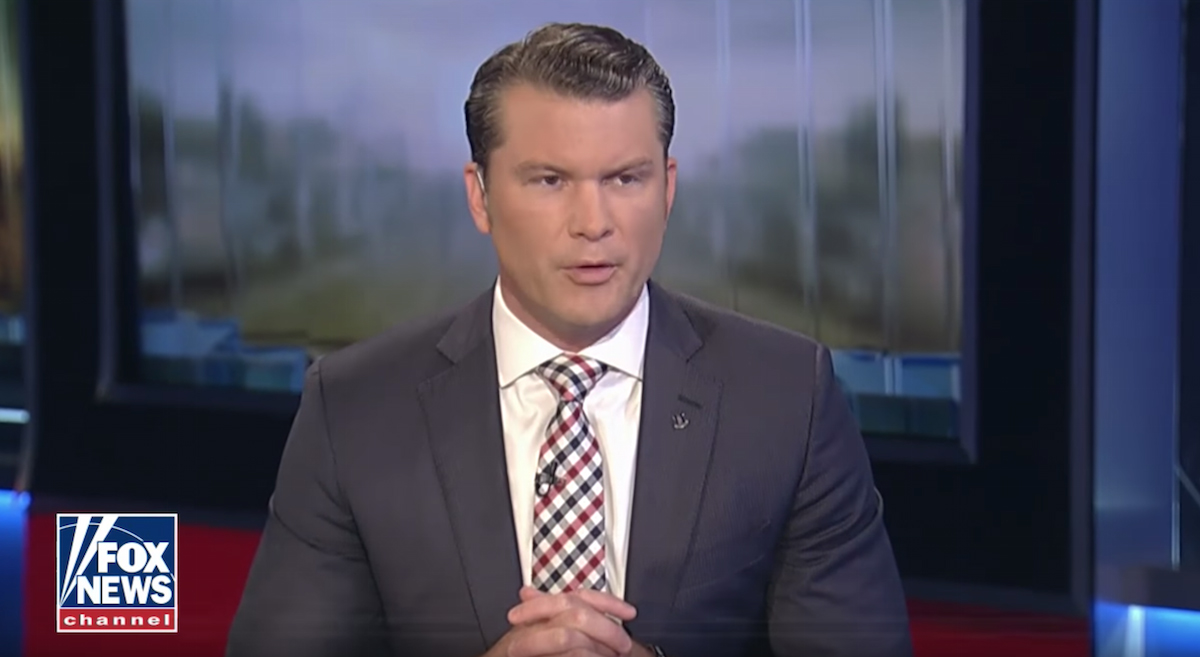 Pete Hegseth, Fox & Friends Weekend host and one of Donald Trump’s most determined boosters at the network, is getting married at one of the president’s golf courses this Friday.

The Iraq War veteran posted a series of photos to Instagram of the wedding rehearsal on Thursday, including one in which he posed with Rauchet and their children in a golf cart, wearing what appear to be wedding-themed MAGA hats.

A source close to Hegseth suggested Trump could make an appearance at the wedding, as he has done at several others that were held at his golf clubs and properties in recent months.

Hegseth and Rauchet met while working together at Fox & Friends, Mediaite reported in 2017, and began an affair when both were still married. Rauchet ended up having Hegseth’s child, and was moved to another Fox News show. They eventually ended their marriages and moved in together. They now have one child together, and three children each from their previous marriages.

Hegseth has served as an informal adviser to Trump, both on the air at Fox News and in private conversations. Earlier this year, he waged a lobbying effort to have Trump pardon veral servicemen accused of war crimes. The brazen campaign angered executives at Fox News, as Mediaite reported at the time, though it’s unclear Hegseth faced any repercussions.