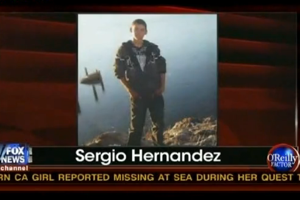 The US Border Patrol has come under fire for shooting and killing a Mexican teen, but not for trying to cross the border– 15-year-old Sergio Hernandez was throwing rocks at the agents, a practice that has become a real threat for agents walking the border. On last night’s show, Bill O’Reilly and his guest, Sara Carter of the Washington Examiner, debated the diplomatic consequences of the incident and greater tensions along the border.

After the incident that took Hernandez’s life occurred, Mexican police responded by pointing weapons from their side of the border at US officials, seemingly in case they decided to fire at the armed forces, as well. The tension, as Carter noted, was growing, with US representatives complaining of rock-throwing incidents are a trend and expressing concern for how to respond. Carter explained:

“There’s two sides to this. Sergio Hernandez, a 15 year old– granted he is a young man– was also part, according to border patrol officials that I spoke with, part of a human smuggling operation. And throwing rock, I mean, this is a very dangerous situation for border patrol agents. So we see both sides of the issue: a devastated family in Mexico, and border patrol agents on this side of the border who are facing an enormous amount of danger on the border– and it’s increasing.”

O’Reilly added that the officer who fired at Hernandez was taken off-duty, but had not been dealt with yet in a permanent fashion. Video of last night’s segment below: