Who Won the Second Democratic Debate on CNN? 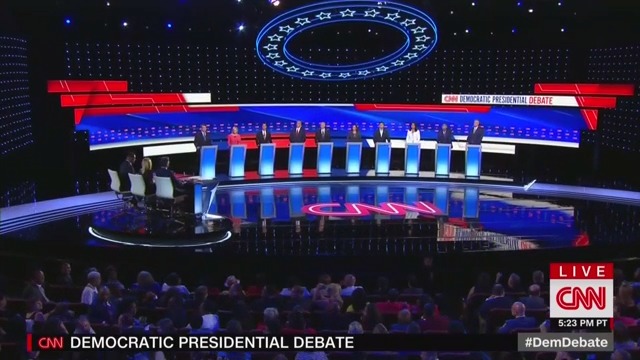 For two and a half hours on Wednesday, the second half of the two-night CNN Democratic debate took place in Detroit, and it was a banger. On the garish stage, to much pageantry, the second set of Democrats sparred heavily, scrapping, jabbing, and trying to wrestle for the top spot.

Some succeeded, some failed, and it wasn’t always according to expectations. Here below, the winners, and the losers, of the second half of CNN’s primary debate.

Cory Booker: Cory Booker has some of the highest name recognition of any of the candidates on the stage, but hasn’t been able to break through in media coverage or in the polls. But against that potential for being overlooked, Booker made himself present anyway. He had less speaking time than three other opponents — Biden, Harris, and Gillibrand — but he made what could have been the biggest splash of the night with two jaw-dropping rhetorical assaults on Joe Biden, including crushing the VP with a searing line: “If you want to compare records and I’m shocked that you do, I am happy to do that.”

Andrew Yang:
Yang had vocal supporters in the audience, which never hurts. But he also managed to stay out of the fist fights while still making an impression.

Tulsi Gabbard: Gabbard isn’t the most popular when it comes to her own party, but on Wednesday she definitely came out ahead in the debate. She not only delivered snappy lines in general, she got the better of top tier candidate Sen. Kamala Harris, who came in a favorite for the win but did not deliver. (See below.) 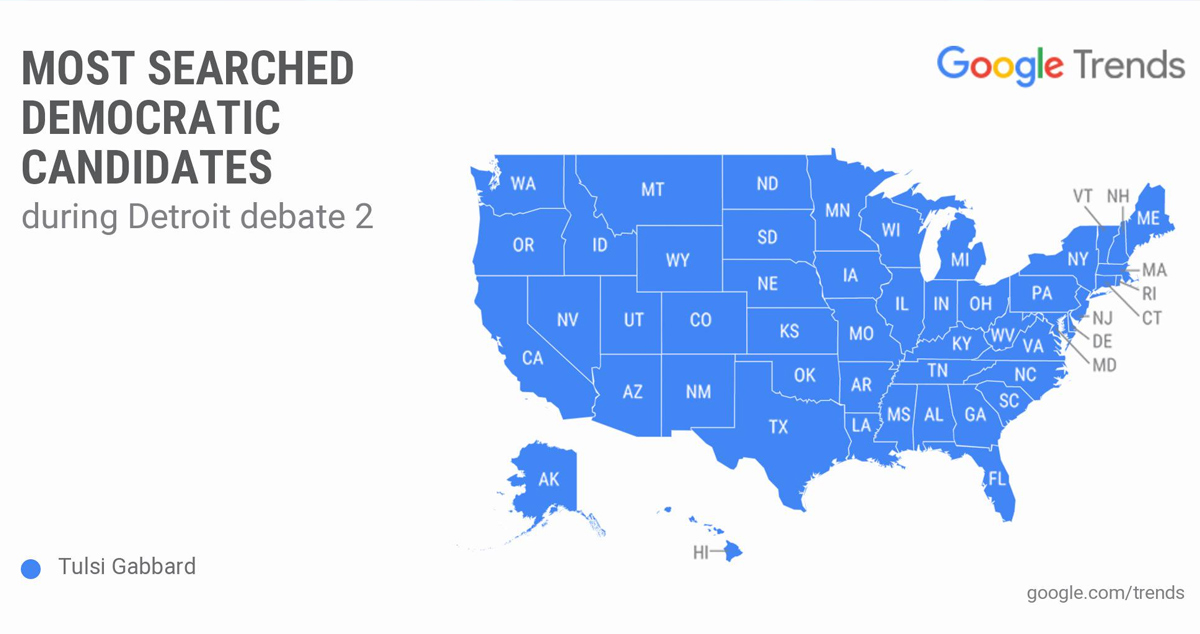 The CNN moderators: The format of these debates is still, to put it mildly, imperfect. But for a difficult format and too many candidates, tonight’s moderators did a pretty good job of keeping the answers tight and brief, and on topic. (Biden especially was compliant [see below].)

LOSERS
Kamala Harris and Joe Biden: The moderators went early and hard for this rivalry, and it didn’t play well for either candidate. It was very snippy and combative, came off petty at times, and seemed to throw Harris off her game for the remainder of the debate, leaving her open for a killing blow from Tulsi Gabbard (see above.)

Biden, for his part, was practically docile about being cut off by the moderators, sometimes stopping mid-sentence. People always object to the politicians who won’t shut up, but on Wednesday a lot of people criticized Biden for the opposite: shutting up on demand. He was more combative with the other candidates, but overall came off like he welcomes the chance to stop talking. Still, Biden might be called only a half-loser, because he destroyed in a few moments.

Kirsten Gillibrand and Bill de Blasio: Gillibrand seemed broken Wednesday night. This was especially true after a smackdown by Joe Biden in one of his strong moments. Gillibrand, like Harris, gave the impression that she wasn’t expecting to be pushed back against so much, but unlike Harris, it seemed to bring Gillibrand to the breaking point. Conversely, Bill de Blasio obviously came expecting to be called out and fought with, and wasn’t a big star, no matter how hard he tried to engage. The Mayor was more of an afterthought than Booker, Yang, or even Bennet.

—-
If you pit night one against night two, the combat was more memorable Wednesday, which could be seen as a negative, but on night one most everyone was less memorable, and overshadowed by the second set. A slim but definite win for set two.