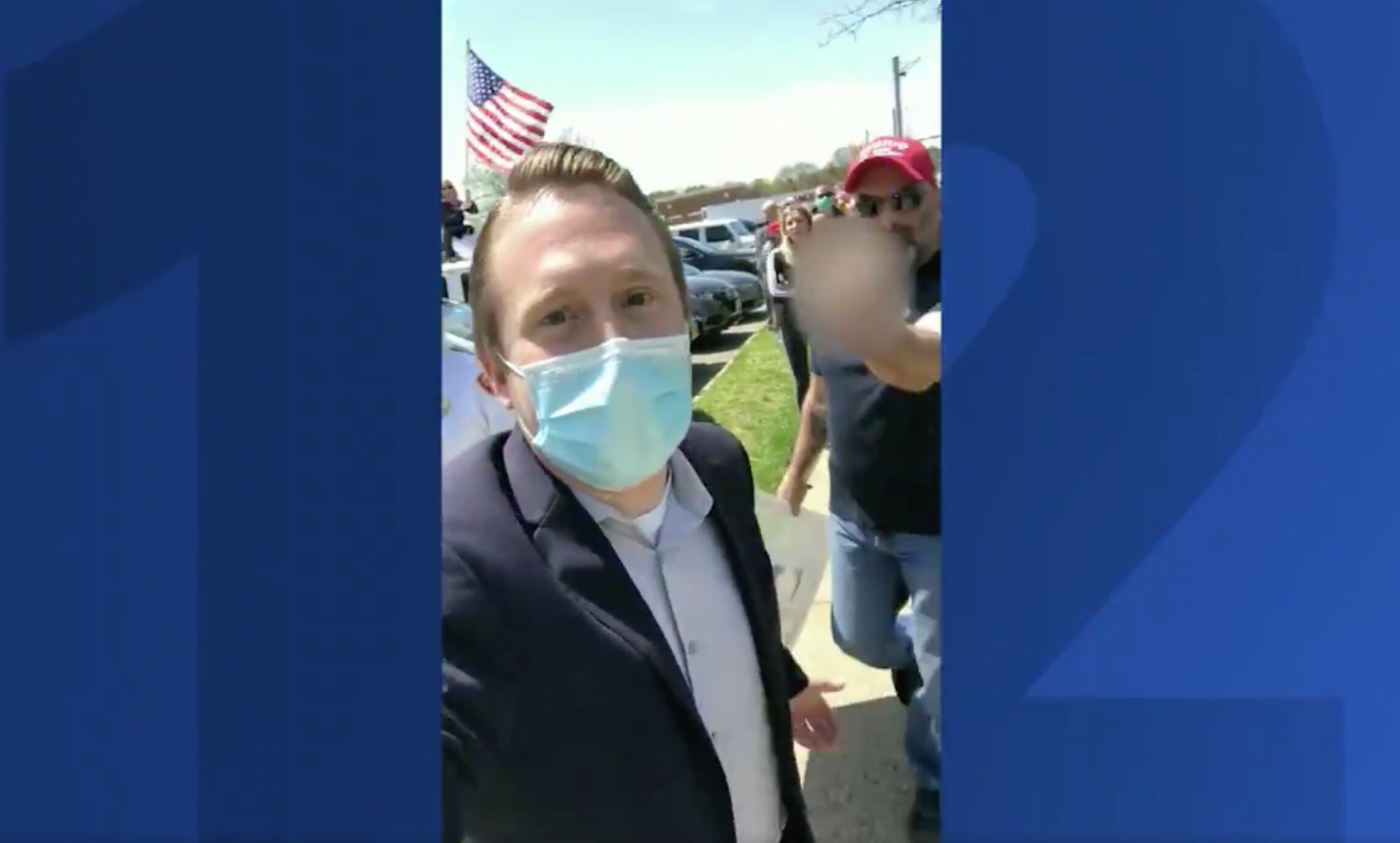 A local news correspondent was subjected to verbal abuse, threats, and was even stalked while trying to report from a demonstration protesting the lockdown in New York State Thursday.

Kevin Vesey, a reporter for News 12 Long Island, posted the footage to his Twitter feed Thursday evening. It depicted an unruly group of protesters, in the Commack section of Long Island, hurling verbal barbs at him while he was trying to file a live report.

“You are the virus!” Another said.

The level of anger directed at the media from these protestors was alarming. As always, I will tell a fair and unbiased story today. pic.twitter.com/5jCR0YY9VH

The protestors, at one point, chanted: “Fake news is not essential!”

Vesey posted a video showing one of the demonstrators refusing to keep his distance.

“Can you please stay away from me, sir?” Vesey asked the man.

“This is six feet!” The man replied.

TENSE MOMENTS: While covering a reopening rally on Long Island, our @KevinVesey was confronted by several angry protestors.

Later, that same man stalked Vesey as he attempted to retreat.

“I think you need to back away from me, sir,” Vesey said.

“No, I’ve got hydroxychloroquine, I’m fine,” the man replied.

The protester chased down Vesey, giving him the middle finger as the reporter reiterated his request that the man back off. But the demonstrator kept stalking.

I’ll probably never forget what happened today.
I was insulted. I was berated. I was practically chased by people who refused to wear masks in the middle of a pandemic.
All the while, I was there to tell THEIR story. Here’s the finished product. pic.twitter.com/HV2Hrcs7gi

Watch above, via Kevin Vesey.