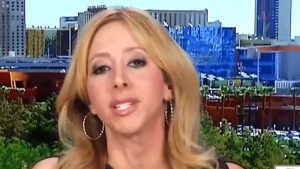 While Republican presidential nominee Donald Trump continues to hapr that voter fraud is rampant and the election is going to be stolen from him by a rigged system, many of surrogates are tasked with spinning his comments to the mainstream media. Some like running mate Mike Pence and campaign manager Kellyanne Conway, have said that Trump is largely talking about media bias when he discusses the election being rigged.

However, others are stating that Trump is addressing a valid concern and that there are instances of voter fraud that could tilt the election. During an appearance on MSNBC today, senior Trump adviser AJ Delgado insisted that voter fraud is a “systemic issue” that is more widespread than many realize. She also compared it to murder.

Having previously brought up 430 verified cases of voter fraud, citing the Heritage Foundation as her source, Delgado told host Kate Snow that the verified cases means that there are many, many, many more happening that aren’t caught.

She then claimed that all Trump is doing by bringing this up on the campaign trail is to make sure people are aware of the issues and “vigilant” in helping stop voter fraud where they see it.

Meanwhile, both PolitiFact and CNN have stated that Trump’s claims of mass voter fraud are completely baseless.

AJ Delgado was previously a columnist for Mediaite.