Trump Briefing Boosts Fox's Special Report to No. 1 in Ratings 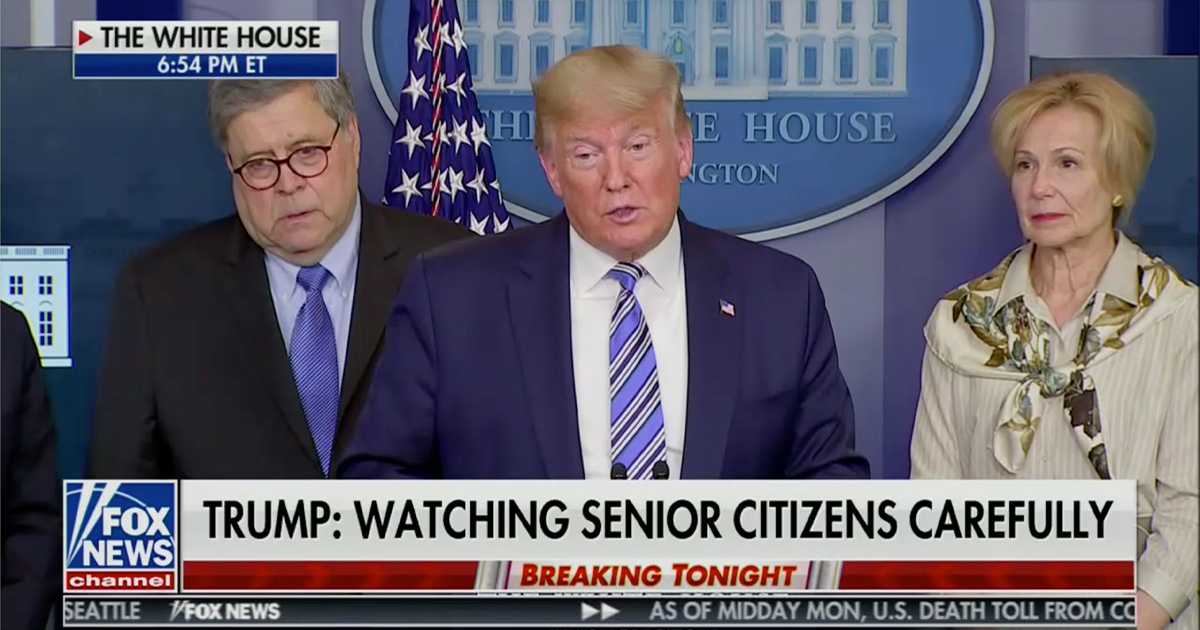 Fox News scored across-the-board ratings victories on Wednesday, with its programs ranking in the top six programs on cable news.

The network’s success was propelled by massive audience interest in President Donald Trump’s coronavirus task force briefing, which was broadcast live during Fox’s Special Report with Bret Baier. The 6 p.m. show pulled in nearly 5.9 million total viewers, 1,257 million in the advertiser-coveted adults 25-54 demo, making it the top-ranked show on cable news for the evening.

Overall, Fox News pulled in massive wins in prime time and in total day. From 8–11 p.m., the network drew 4.8 million viewers overall, and 908,000 in the demo. MSNBC came in a distant second, with 2.799 million, while CNN garnered a runner-up spot in the primetime demo with 734,000. As has been the case in recent days, all three networks have been way up from their typical ratings.

In the morning ratings race, MSNBC’s Morning Joe escaped with a narrow victory in overall viewers during the 6am hour, besting Fox & Friends with 1.405 million vs. 1.394 million. But Fox News’ morning flagship show took the crown in overall viewers (1.88 million) and in the demo (371,000) for the full timeslot, from 6 a.m.-9 a.m.