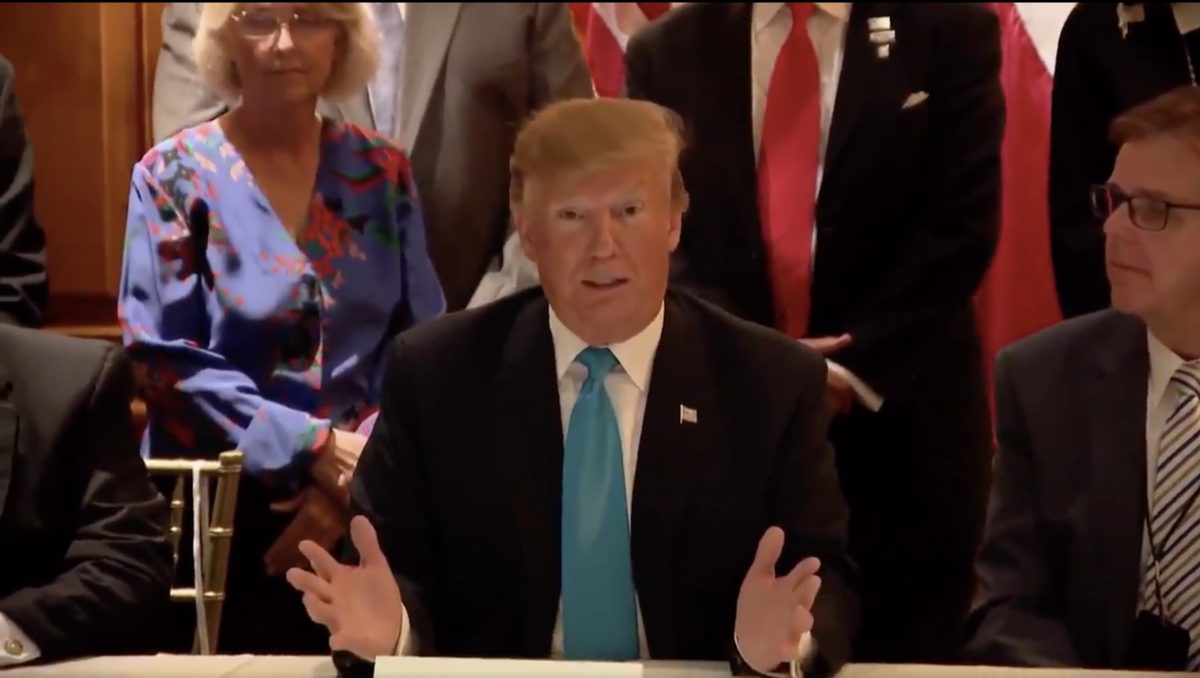 During a roundtable in Texas on Wednesday, President Donald Trump lamented that troops on the United States border can’t can’t get a little “rough.”

“You don’t need drones…but if you don’t have a wall it is never going to happen” Trump began.

He then said border people are “fantastic” before insisting he was going to have to call up more military.

The roundtable was held in San Antonio. Trump was joined by local officials and ranchers. Trump is also set to attend a second fundraiser in Houston on Texas. According to Republican National Committee Chairwoman Ronna McDaniel the two fundraisers are expected to raise $6 million.

At roundtable in Texas, President Trump laments that US troops at the border can't get "a little rough," because "everybody would go crazy … can’t act like they would normally act — or like, let’s say, another military from another country would act." pic.twitter.com/q1TPW24Csa