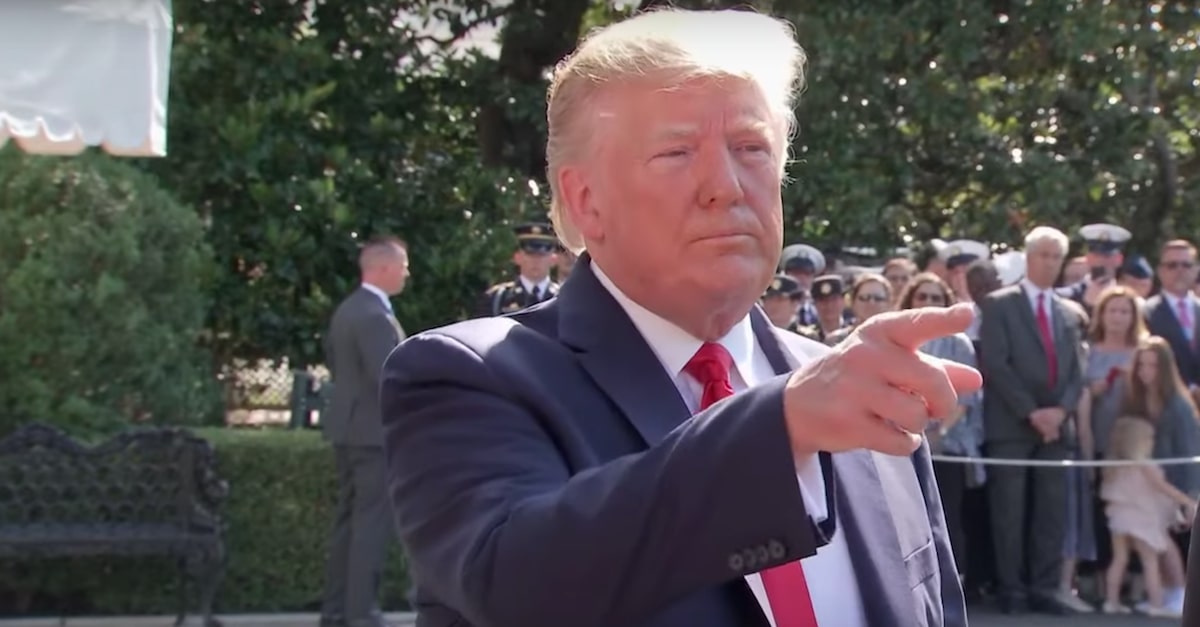 “So @TeamCavuto has very bad ratings on @foxnews with his Fake guests like A.B. Stoddard and others that still haven’t figured it all out,” wrote Trump in a Twitter post. “Will he get the same treatment as his friend Shepherd Smith, who also suffered from the ratings drought?”

So @TeamCavuto has very bad ratings on @foxnews with his Fake guests like A.B.Stoddard and others that still haven’t figured it all out. Will he get the same treatment as his friend Shepherd Smith, who also suffered from the ratings drought?

President Trump previously called out Cavuto on Thursday for hosting a guest who was critical of his debate skills.

“Could somebody at @foxnews please explain to Trump hater A.B. Stoddard (zero talent!) and @TeamCavuto, that I won every one of my debates, from beginning to end,” Trump wrote on Twitter. “Check the polls taken immediately after the debates. The debates got me elected. Must be Fox Board Member Paul Ryan!”

“They had a crazy person on today, on one of the Fox shows,” Trump said. “Fox doesn’t treat us the way they used to.”

“Their loser shows are the ones that don’t like Trump,” he continued, adding, “How’s Shep Smith doing by the way?”

Shepard Smith, whose coverage drew the president’s ire on many occasions, left the network in October after 23 years on air.

As for Trump’s claims of Cavuto’s “bad ratings,” Nielsen data shows that in the month of February, only one non-Fox News program in all of cable news boasts a higher audience that Your World with Neil Cavuto — that being MSNBC’s The Rachel Maddow Show. Cavuto’s weekend show on Fox News, Cavuto Live, is No. 1 across the board. And those two programs, along with Cavuto: Coast to Coast on Fox Business are up year over year.

Fox Business host Trisha Regan shot back at the president for calling out Cavuto, saying, “[Cavuto] is someone who started this network, Fox Business, and someone who is the utmost journalist and always fair… I can tell you that about Neil. He is a fair person, a fair guy, and a good man.”

“So I’m disappointed that the president said those things,” she declared. “Because Neil Cavuto is one guy who just doesn’t deserve it.”