Saturday Night Live’s Colin Jost compared Donald Trump to serial killers Jeffrey Dahmer and John Wayne Gacy on Weekend Update, in reference to a study released Saturday that said the president’s campaign rallies have been linked to 30,000 cases of Covid-19, and 700 deaths.

“That’s our president, recently saved by doctors, saying doctors want more Covid for money,” Jost said after playing a Trump clip during a Michigan rally on Friday. “Which makes me think Trump survived Covid to save money on doctors.”

“Unfortunately Trump’s gaslighting isn’t quite enough to keep you warm because multiple Trump supporters who were stranded at a freezing cold rally in Nebraska were hospitalized from hypothermia, I assume because Trump told them jackets don’t work,” Jost said. “But don’t worry, the president isn’t trying to kill supporters, he’s actually succeeded at killing his supporters.”

“According to a new study, around 30,000 Covid cases and 700 deaths have been tied to Trump rallies,” he continued. “That means he’s officially killed more people across the midwest than Jeffrey Dahmer and John Wayne Gacy combined.”

Weekend Update then combined Dahmer and Wayne Gacy’s portraits to look like Trump. 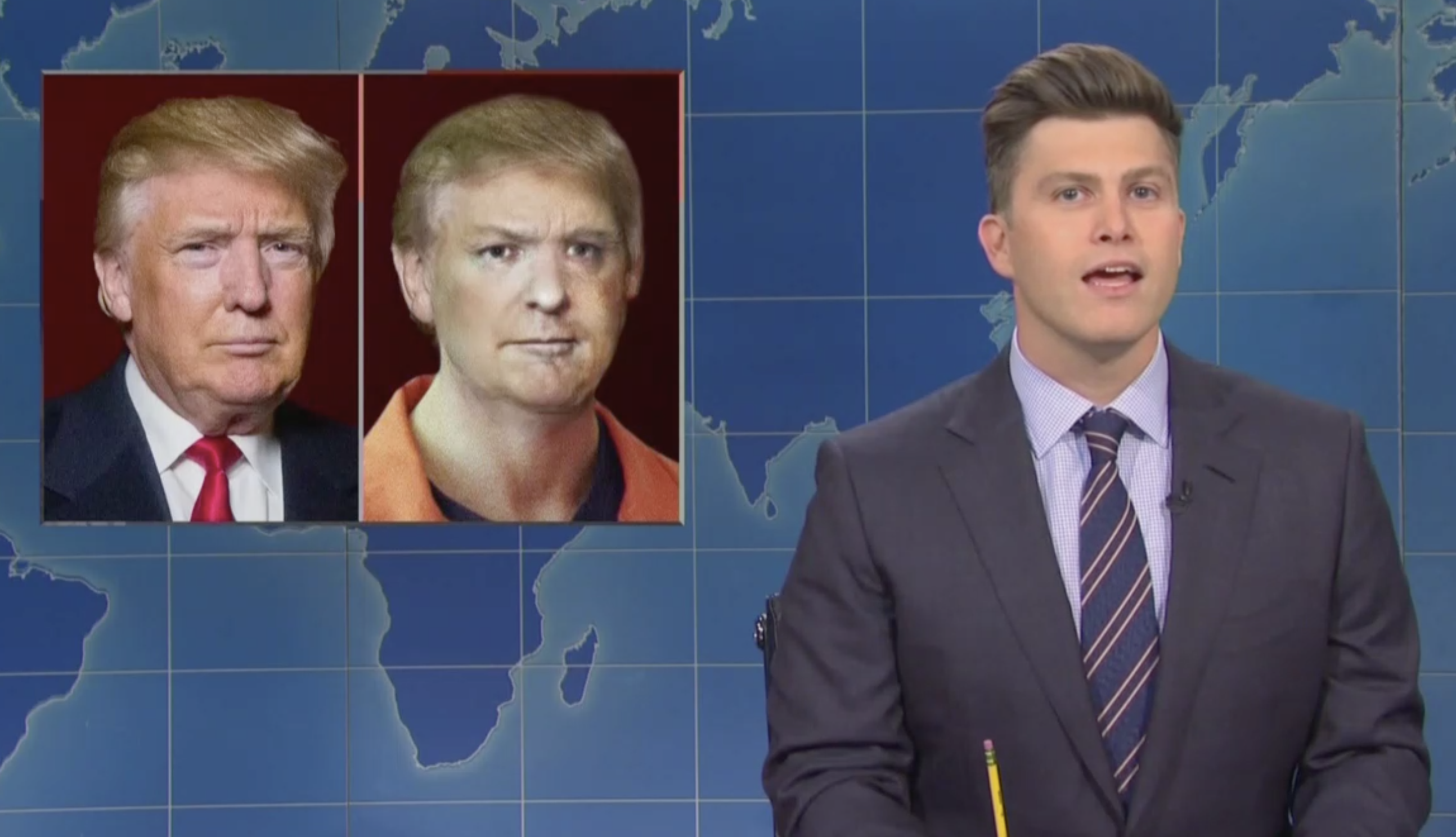 “In the end, I guess Trump was right,” Jost concluded. “He is not a typical politician because politicians don’t usually spend the last three days of the election murdering their own voters.”