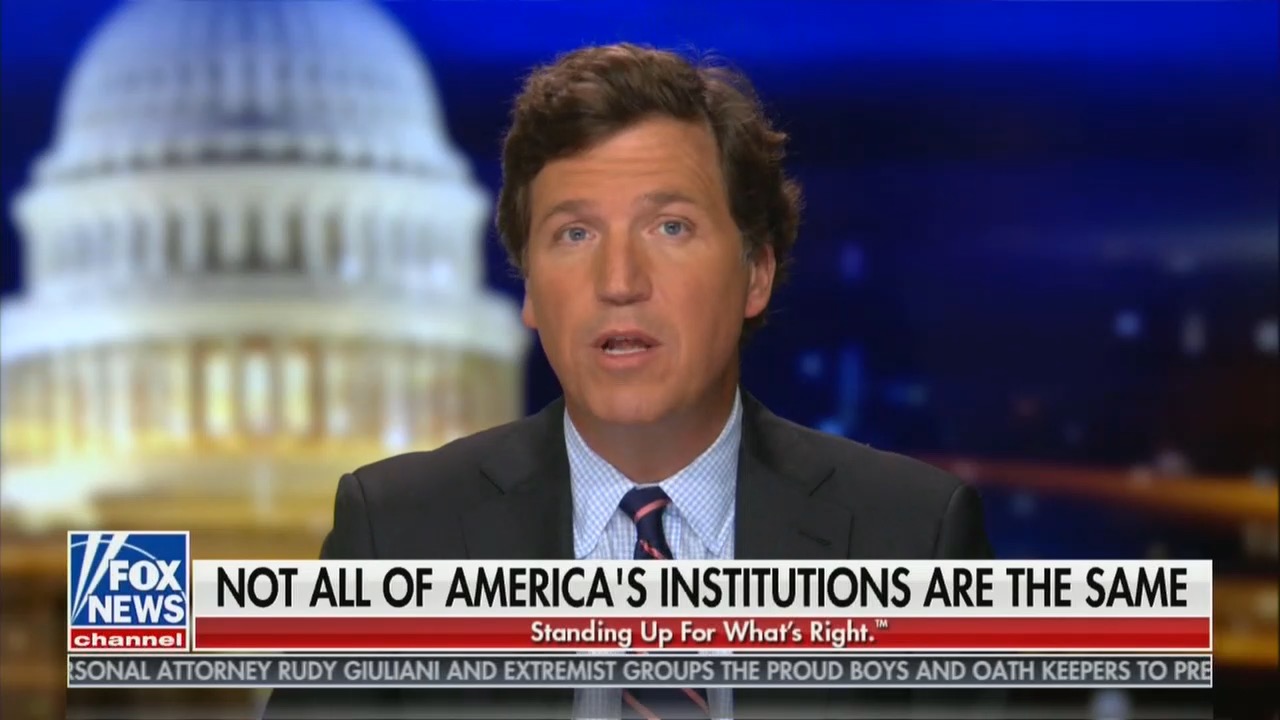 Starting in April, Carlson will put out at least three new video podcasts per week, “featuring interviews with newsmakers, as well as a discussion of the issues shaping the country,” according to Fox’s announcement.

According to Fox Nation president Jason Klarman, Carlson’s upcoming original content is part of a new, multi-year deal with the Fox News Channel.

“As we continue to expand and evolve as a service, adding exclusive content from Tucker Carlson will make Fox Nation a must-have service for his most passionate fans,” Klarman said in the announcement.

“This is my twelfth year at Fox News and I’ve never been more grateful to be here,” Carlson added in the statement. “As other media outlets fall silent or fall in line, Fox News Media’s management has redoubled its commitment to honesty and freedom of speech. I consider that heroic at a time like this.”

Carlson’s team behind his nightly show will also produce the new content. Said Carlson senior executive producer Justin Wells, “We have a close relationship with our viewers. We’re excited to continue and expand that relationship on Fox Nation. We have far more stories to tell than we can air in our nightly format. We see this as a welcome expansion of what we’re already doing.”