Journalists Pummel Sarah Sanders’s Damage Control Interviews After She Lied to Press: ‘Ban Her From’ TV

Journalists Pummel Sarah Sanders’s Damage Control Interviews After She Lied to Press: ‘Ban Her From’ TV 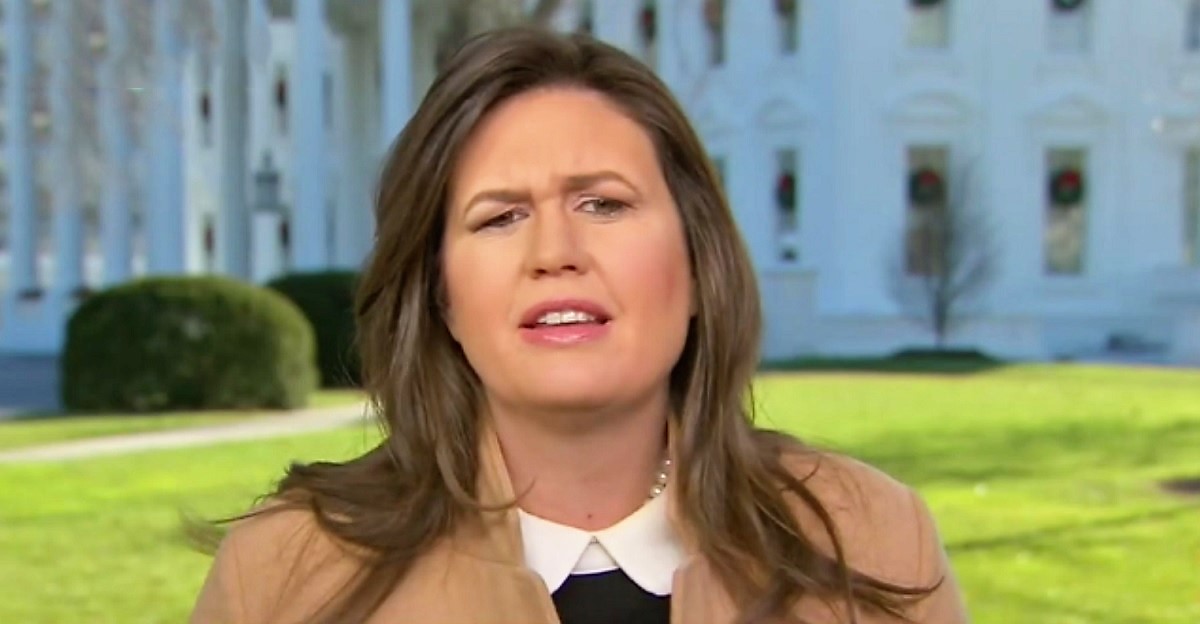 Among the many shocking revelations contained in Mueller Report was the admission by White House Press Secretary Sarah Huckabee Sanders that she lied from behind the podium when she claimed that “countless” FBI agents told the White House they had lost confidence in James Comey.

According to the Mueller Report, “Sanders acknowledged to investigators that her comments were not founded on anything.”

So on Friday morning, with her credibility in tatters, the press secretary made the rounds on the network morning shows. Her attempt at damage control, it turned out, was ill-fated.

Characterizing her remarks as a “slip of tongue,” Sanders told ABC’s George Stephanopoulos, “It was the heat of the moment, meaning that it wasn’t a scripted talking point. I’m sorry that I wasn’t a robot like the Democratic Party.”

Media Twitter did not take kindly to the press secretary’s attempt to spin. Here’s a sampling of the reaction:

News outlets and reporters will have to make a choice about whether to cover press briefings from a person who, under penalty of criminal charges, admitted she lied to reporters about talking to federal agents.https://t.co/4JQjNaQkDM

It might just be me, but I don’t think @PressSec is going to admit she’s a habitual liar and change her dishonest ways. https://t.co/DOSqTfspgr

Just a reminder that under oath, Sanders said she did not have evidence for her statement.

This morning, she claims she did. https://t.co/FthZchiiaW

More “norm busting,” I guess. In the past, when a WH press secretary got caught disseminating falsehoods, whether deliberate or not, they would own up quickly. For their own credibility https://t.co/z7LyjMXTl7

At least I have the decency to lie a lot unlike Democrats. Quite a line. https://t.co/jk9fcoD0fI

Backed into a corner about her lies, @PressSec lashes out at Democrats instead of being accountable. It’s a shame my tax dollars pay her salary. https://t.co/Ri1Pj4LDcZ

To be caught by #Mueller lying to the American people is bad enough, but then to try and justify your lies on TV as Sarah Sanders @PressSec has just done is nothing less than disgraceful #fakenews https://t.co/eDuwHB2RBI

how many different ways will @PressSec redefine the word “lie” and how much longer will American television shows simply keep giving airtime to a liar? https://t.co/hTUNY26vRk

What a compulsive liar and an embarrassment to our country she is. ??‍♂️

Why even have Sarah Sanders back on TV just to continuing lying about her lies? Ban her from television. https://t.co/UiJsZmmcXM