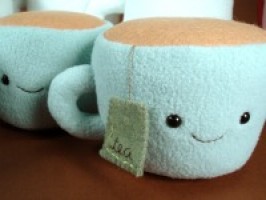 As the new Congress settles in, ABC World News‘ Diane Sawyer spoke with eight new representatives and two senators-elect about what they have planned. Among the topics discussed: raising the national debt limit as The Continuing Resolution and the vote to raise the debt ceiling loom over Washington. The “new kids” in Congress shared with Sawyer that they are willing to support a higher limit for our national debt, just as long as it is accompanied by an agreement to achieve a balanced budget.

If there’s a balanced budget Constitutional amendment that is tied to the debt ceiling, I will vote to increase the debt limit under those conditions. But we have to make progress. This unsustainable deficit that we are incurring is the greatest national security threat that American faces.

And, as new House Speaker John Boehner put it to The New Yorker, this is an “adult moment” for the Republican majority. Representative-elect Paul Gosar of Arizona, also a Republican, is inclined to agree. He tells Sawyer that he likes this idea of “the adult moment” because “adults sit down and talk about budgets. They look at them and say, ‘OK, I’m in the hole and here’s how I get out of the hole.”

He adds, concerning a possible raise of the debt limit:

This is something that has been growing over time and it’s not going to be cured right away. We have to look at what created this problem and set benchmarks. I’m not willing to look at [voting for the Continuing Resolution] unless I see benchmarks and I’m given some concessions as to when those benchmarks will be met.

Representative-elect Vicky Hartzler of Missouri has an idea to cut down on expenses: restore all spending levels to 2008 and learning how to say no – even if it means cuts in farm subsidies for her home state. The government, contends Hartzler, has to learn to say “no.” For her, doing the adult thing means doing the hard thing.

Mike Grimm of New York agrees, adding that “the pain should be shared by everyone.”

Another important discussion: incoming Tea Partiers’ complicated relationship with Washington. They are now a part of the system with which they’ve grown increasingly frustrated and disillusioned. How do they maintain their “outsider” status while working the system from the inside?

It’s much bigger than the Tea Party. The Tea Party seems to be the face of the average American that’s not involved in politics. They want us to work together. A one-party system doesn’t work.

And Kentucky’s Rand Paul, whose name has become firmly intertwined with the Tea Party movement, says he, at least, plans to work closely with President Obama and his administration, stressing a civil discourse. And what do others think of the “Tea Partier” label? Now that the campaigning and elections are over and done with, it appears those associated with the movement are trying to distance themselves from it, ostensibly to present an air of cooperation and civility – and a happier, friendlier image of your neighborhood Republican congressperson.

Explained Marlin Stutzman of Indiana: “We are all human beings first. I’m a conservative, but I’m not mad about it. I can do it with a smile on my face.”

When asked about the sense that everyone has “come to storm the castle” in Washington, Lee replied that he agreed: “The idea behind the Tea Party movement is neither partisan nor is it angry.”