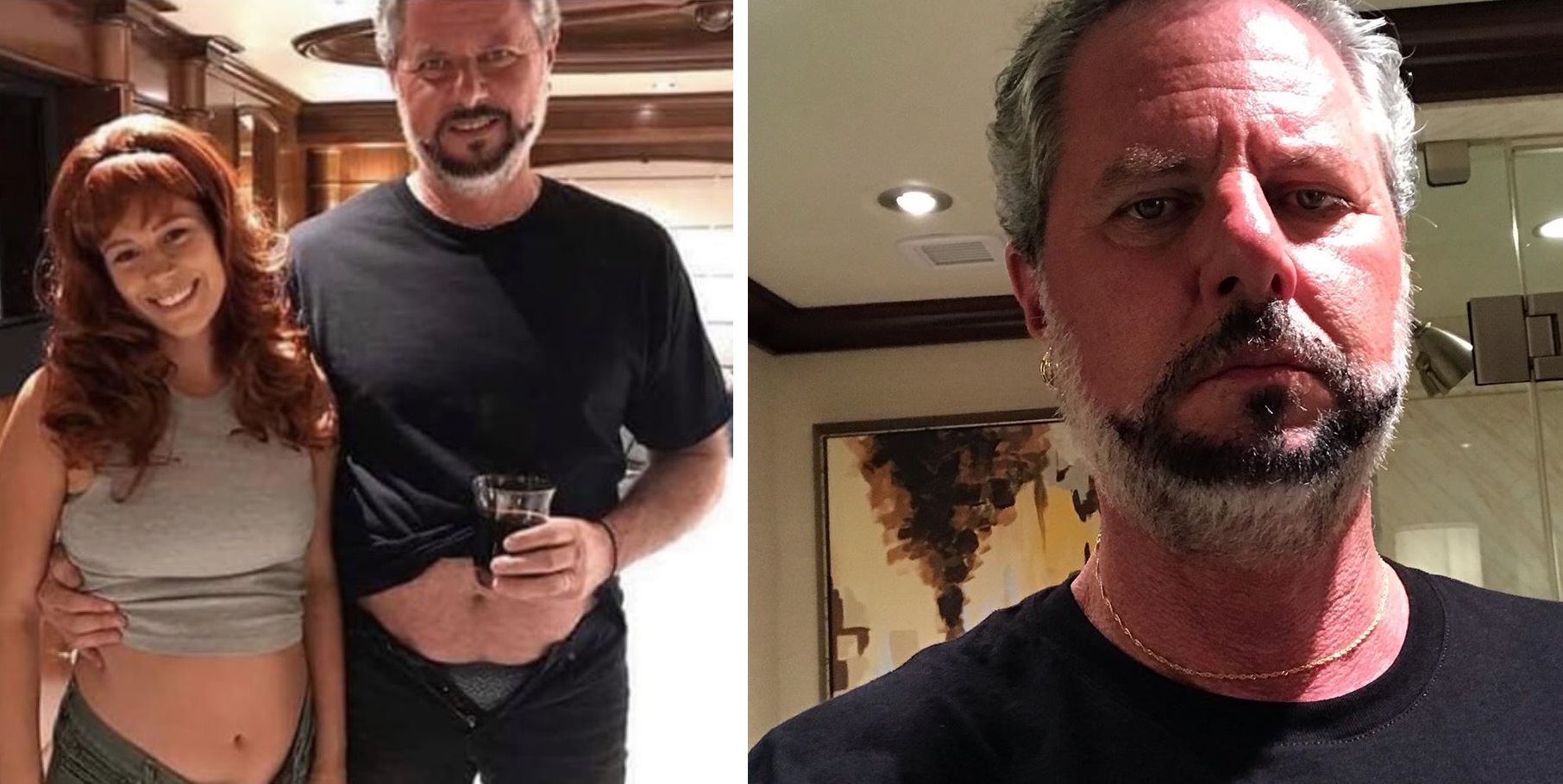 Liberty University President Jerry Falwell Jr. raised eyebrows on Monday after he posted a bizarre yacht party photo to Instagram with his arm around a woman while his fly was undone.

In the photo, which was taken during a yacht party, Falwell’s belly protruded out of his unzipped pants.

“More vacation shots. Lots of good friends visited us on the yacht. I promise that’s just black water in my glass,” he commented. “It was a prop only.”

I don’t want to belabor the point but again: WUT is happening pic.twitter.com/e3Vrld2zfr

The image soon went viral, with Falwell subsequently deleting the post, however other images and videos from the party indicate it was part of a Trailer Park Boys costume event.

How is this Jerry Falwell Jr. photo even real? Also if you’re running the largest Christian university in America maybe don’t put photos of yourself on social media with your pants undone on a yacht – with random women in bad wigs. So gross, so hypocritical.

There were already so many good reasons not to entrust your kids to Jerry Falwell Jr’s learning institution. The unzipped pants yacht photo – of the school’s PRESIDENT – is sadly the least of them.

Isn’t there a parable of a rich fool? https://t.co/rlwRGvkwcQ

Imagine the righteous outrage from people like Jerry Falwell if those kinds of pictures had been posted by AOC; the sermonizing we’d have heard from the “families values” folks.#Hypocrites

why did i find a photo of jerry falwell jr with pants unbuttoned, torso protruding, in my mentions?

In a deleted video from the yacht party, each guest is dressed as a Trailer Park Boys character in a parody intro to the show, with Falwell himself dressed as “Julian.”