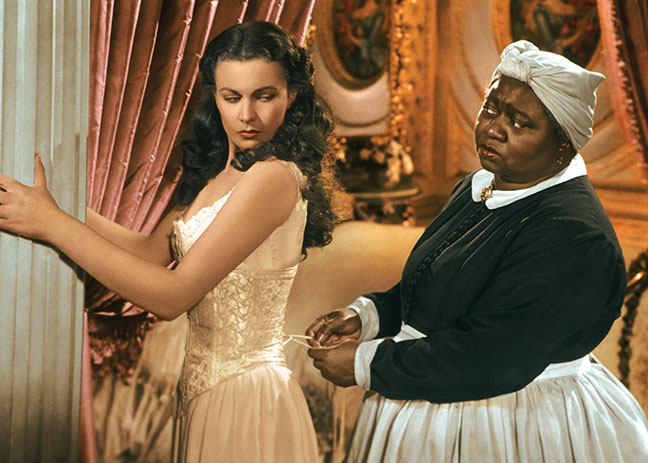 The Orpheum Theatre Group in Memphis, TN has withdrawn its annual screening of the classic 1939 film “Gone With The Wind” out of concern that some may find it ‘offensive’.

In a statement, theater management told the local Fox affiliate:

“While title selections for the series are typically made in the spring of each year, the Orpheum has made this determination early in response to specific inquiries from patrons. The recent screening of Gone With the Wind at the Orpheum on Friday, August 11, 2017, generated numerous comments. The Orpheum carefully reviewed all of them. As an organization whose stated mission is to ‘entertain, educate and enlighten the communities it serves,’ the Orpheum cannot show a film that is insensitive to a large segment of its local population.”

“Gone With The Wind” won eight Oscars including Best Picture. Additionally, actress Hattie McDaniel won Academy Award for Best Supporting Actress for the role of “Mammy.” McDaniel was the first Black actress to be nominated, let alone win the award. An achievement that was not repeated until Whoopi Goldberg won the same award in 1991 for her work in the film “Ghost”.

The popular purge of confederate symbols that occurred in the wake of the 2015 murders in Charleston, SC brought a call from some quarters to ban the classic, 1939 film. As Mediaite reported at the time, polls showed that a majority of African-Americans actually loved the movie:

So blacks in the U.S. must be really offended by the movie, right? Except they’re not, as 61 percent call Gone with the Wind one of the best movies of all time (YouGov.com poll), while 56 percent of whites in the same poll feel the same way. Overall 73 percent of surveyed black Americans call it either “one of the best” or “very good/good.” That number jumps to 87 percent when including the category of “fair”.

But this doesn’t stop social justice warriors behaving like the totalitarians that they are. Just like their ideological brethren in Mao’s Cultural Revolution, activists in America are bent on removing, destroying or purging elements of our culture under the dubious auspices of “offensive material.”

This behavior shouldn’t be surprising. Actually, it’s predictable. It’s just the Left being the Left. If you look at any culture in the 20th century dominated by Leftist or Marxist ideology, this kind of cultural and ideological purge is just part of the standard operating procedure for dominating and controlling a population. The sad and despicable aspect of the cultural cleanse in the home of the free is the complicit and silent approval given by artists and executives in Hollywood who claim to stand for free expression.

The same actors, writers, directors and creators who run to any open microphone (or their own Instagram selfie video) to accuse any Republican administration of being fascist are silent in the wake of this dangerous movement.  (Yes, that’s right, the “President Fill-In-The-Blank is fascist” charge is not a new phenomenon to the Trump era. I remember it going all the way back to Reagan and it surely was there before my time with Nixon, Ford, etc. From the Left’s perspective, any president who isn’t a Democrat is a fascist. Trump is in good company.)

Will Hollywood stand by and allow their body of work to be judged and eventually destroyed because it doesn’t fit into the political paradigm of our times? Why stop with this film? If Hollywood allows their leftist buddies (whom they empower) to ban the film version of “Gone With The Wind” then they need to step up and really get this job done. George Clooney and David Geffen and Steven Spielberg should use their fortunes to gather all of the material college professors may find objectionable and build a bonfire at Hollywood and Vine. And, since “Gone With The Wind” is based on a novel, it’s time for a good old fashioned book burning while we’re at it.

First they came for Gone With The Wind, and I said nothing…