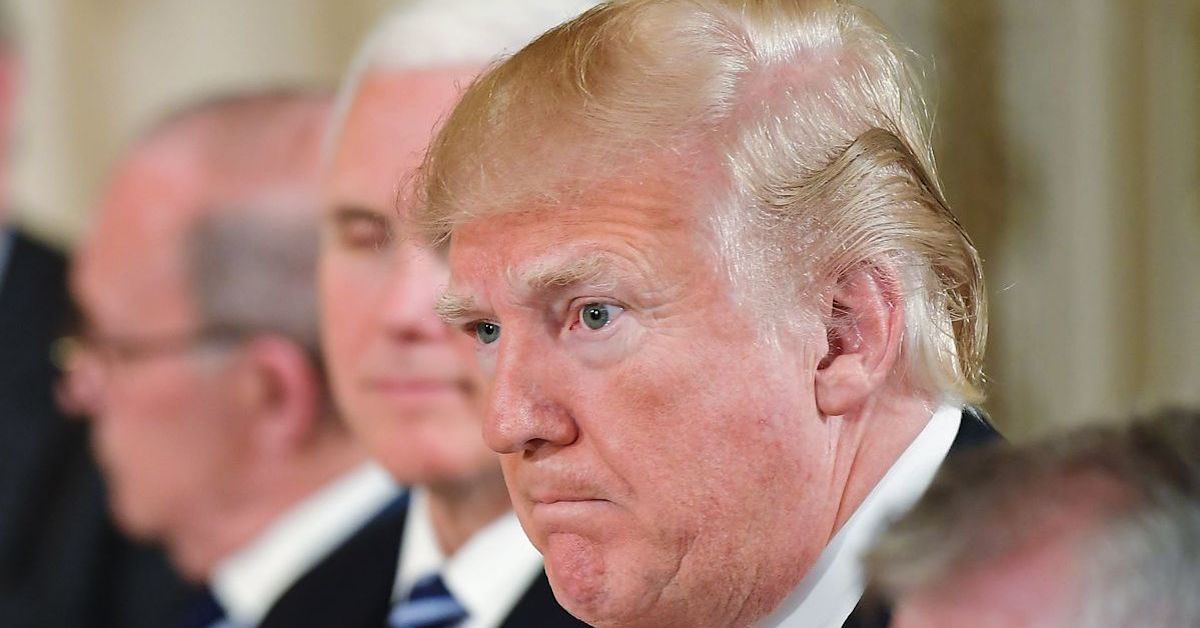 We are living in an upside-down world marked by a dangerous new level of division where most of the country has views of reality which are so divergent that it is literally impossible for opposing sides to effectively communicate. If you don’t believe me, just spend a few minutes checking out Twitter on a day when President Donald Trump has done something particularly controversial.

It is in this context that something truly remarkable happened over the weekend, though, at least to this point, very few people have heard about it. I am referring to a podcast where a life-long conservative host did his very best to convince a very liberal and powerful member of the Democratic House leadership that, unless somehow Robert Mueller exonerates him, Trump SHOULD be impeached.

That was not a typo. Emblematic of this “everything is out-of-whack” post-Trump universe in which we now reside, a conservative (me) spent about 15 minutes desperately trying to persuade a very anti-Trump Congressman — John Yarmuth from Louisville, Kentucky—that it would be best for the country if he changed his mind and voiced support of the concept of impeaching our Republican president.

Now the only reason that this extraordinary head-spinning conversation was possible is that me and Yarmuth have been friends, through thick and thin, for sixteen years, ever since we hosted a local TV show together in Louisville. That, combined with the fact that I am a “Never Trump” conservative, while Yarmuth–who is presumed to be the next chairman of the House Budget Committee–is a very practical liberal, set things up for a truly unique discussion.

I was actually quite nervous before the interview because I had been very disheartened by some comments that my old friend had made earlier in the week. John had indicated that he was generally against the idea of impeaching Trump because he did not think it could be successful in removing him with Republicans in control of the Senate (a sentiment which other important House Democrats seem to currently share).

We had never had a major fight in all the years we have known each other and, since I felt rather strongly that John’s reasoning and conclusion were flat wrong, I was concerned things could get a bit too heated. However, I knew Yarmuth, who had said he is “not convinced” that the impeachment of Trump is a good move, would give me a very fair opportunity to change his mind.

My position here is actually quite nuanced and not at all naïve. It is based almost entirely in the concept of what is best for the long-term interest for our nation.

I am well aware that, barring three “black swan” events happening in quick succession (Mueller producing a bombshell report, the economy significantly tanking, and Republicans in the Senate growing a spine) that the impeachment of Trump will end in failure, with no chance of him being removed from office. However, unless Mueller ends up producing nothing new while providing exculpatory evidence contradicting what we think we already know, I believe that it is imperative that Democrats, now that they have the votes to do so, make sure that this president is indeed “impeached.”

My opinion on this is based on the fact that we already know that Trump is constant violation of the Emoluments Clause of the Constitution because of his business entanglements involving foreign governments, and because the evidence is overwhelming that he intended to obstruct justice in the Russia investigation. To me, this bare minimum case for Trump’s impeachment already exceeds that made against Bill Clinton (by many of the same Republicans who are still in power today) which me, along with basically every other conservative alive at the time, strongly supported.

But it isn’t just a now seemingly very antiquated desire for principled consistency which drives my fervent belief that Trump should be impeached under the factual record which I have outlined. I believe that a failure to hold Trump accountable, even symbolically, would imperil the country in the future should a real tyrant (one with Trump’s autocratic inclinations, but with more skill and ambition for real power, along with less buffoonery) come to obtain the office of president.

To me, Trump’s election has signaled that all bets are now off in this country. We can no longer rely on the now quaint notion that the United States is special and that therefore we don’t need to worry about being overtaken by a dictator, or be overly infiltrated by a foreign adversary. It is now crystal clear that our system in no longer strong enough to insure that such scenarios could never take place.

Consequently, we cannot afford the luxury of deciding to take a pass on a legitimate impeachment of Trump simply because it seems like he is generally harmless and it is very unlikely to be “successful.” Doing so would render the entire impeachment process impotent because any future president could simply point out all the things that Donald Trump did without the opposition party, which was in control of the House, even being willing to try. Democrats must impeach Trump, should the facts allow it, for no other reason than the preservation of the impeachment mechanism itself.

I really don’t want my very young daughters to someday live under a tyrannical regime that can’t be reversed partly we all decided to take the easy way out by going soft on low-rent conman back in 2019. Personally, I am going to do whatever little I can to make sure that doesn’t happen, and that was a significant part of what this interview with Congressman Yarmuth was really all about.

During our fascinating discussion, there were several other avenues I used in my effort to reason Yarmuth into changing his position. The whole exchange is very much worth a listen (the impeachment portion starts just after the 26 minute mark) and the congressman’s response to my argument is, for this era, legitimately jaw-dropping.

I won’t spoil the suspense for you, but I will tell you that we are very much still close friends (at least for now).

Here is the full interview: